165 constituencies to be devised as per constitution: PM Deuba 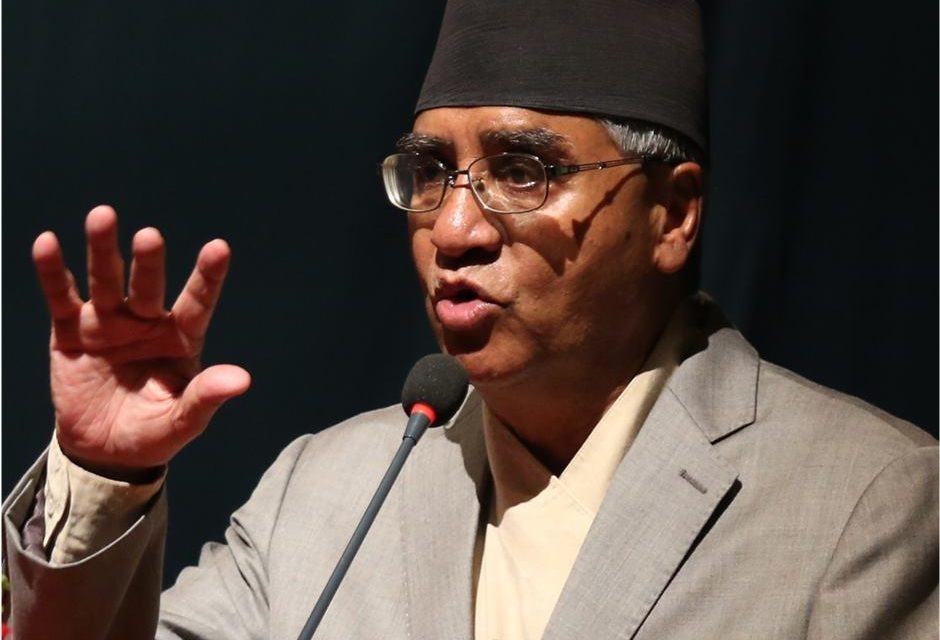 18 July, Kathmandu: Prime Minister Sher Bahadur Deuba has said the country would have 165 constituencies in line with the constitution.

Inaugurating the 55th AGM of Nepal Engineers’ Association here Tuesday, PM Deuba urged all not to be swayed by the rumour of 240 constituencies.

“The government is committed to holding all remaining three elections within the stipulated time,” he said, reiterating that the country was bound to hold the election by coming January 21. All sides’ attention must concentrate on ensuring broader acceptability of constitution so as to usher the country in development.

According to him, engineers have played a significant role to propel development in the country. “Facilities and incentives would be ensured to all employees including engineers mobilized in the local levels,” the PM assured.

The PM admitted that the earthquake survivors were still living under the tents and sought activism of the engineers to ensure proper management.

“I’m positive towards the demand of the Association for building a staff college to enhance engineers’ capacity,” the PM said.

Former ministers Laxman Ghimire and Ganesh Saha stressed on making the engineering professional and dignified. They pointed out the need of augmenting budget for the development of science and technology in the country.

Association Chairman Hareram Shrestha drew the attention of the government towards creating environment for engineers to work in dignified manner.