36 metric tonnes of solid waste picked up from valley 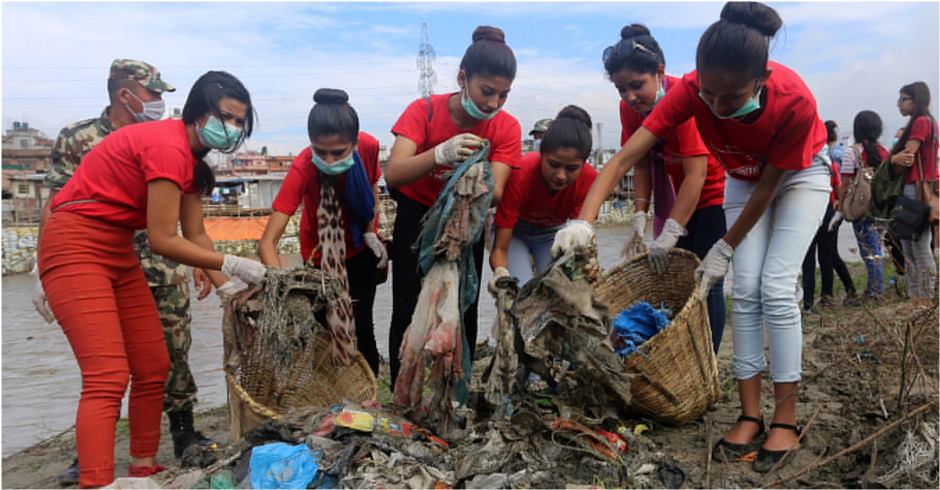 Approximately 8 metric tonnes of waste was picked up from the area of Baneshwor Campus under the Bagmati Clean-Up Mega Campaign that entered its 228th week. The participation saw people from various walks of life, and various organisations like Muktinath Development Bank, Blue Cross Hospital, and Jiban Bigyan Nepal.

Likewise, two metric tonnes of solid waste were extracted from the area of Gothatar bridge and Hanuman Batika in Gokaneshwor municipality as part of the Bagmati Clean-up Campaign above Guheshwori that reached its 189th week.

One metric ton of garbage was collected from the area between Ratopul, Kalopul and Ganeshwor. People from all walks of life including former Health Minister Gagan Kumar Thapa and Chairperson of the Kathmandu Metropolitan City-30 Dal Bahadur Karki participated.

Another three metric tonnes of solid waste was extracted from Harahar Mahadev area under the Manohara River Clean-up Campaign that made it to the 27th week. RSS