How can Nepal reap benefits from OBOR? 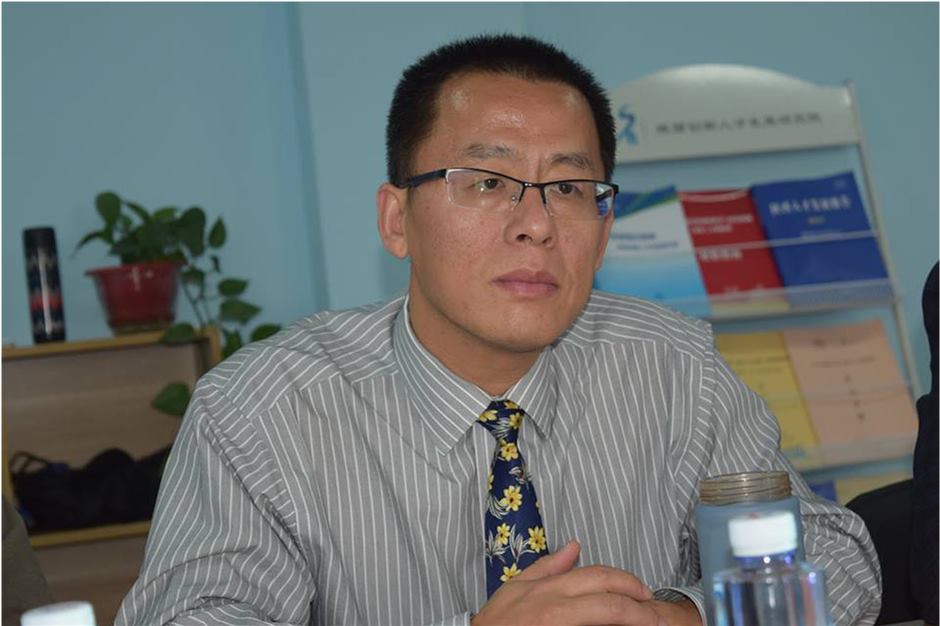 He says that this project of world’s second largest economy, China and its prosperity provides myriads of opportunities for a neighboring country like Nepal. However, Nepal’s own ability and initiation ascertains the amount of profit Nepal can garner.

In an interaction program organized at the institute last week, he said that this mega project took its first steps at Shaanxi province and that they have their goodwill towards Nepal. However, the modality of benefit has to be determined by Nepal itself.

According to professor Zhang, for the benefit of Nepal and both the countries, connectivity is the fundamental basis. Many have taken OBOR as road connectivity only. It’s not that much only, though an easy road access is a major requirement for bilateral advantage and because of this Nepal can benefit directly from Chinese investment to Chinese tourists, he opined.

He says – many Chinese industrialists and businesspersons are willing to invest in Nepal. They have expressed their desires through our institution too. They, however, are not confident about the security of their investment in Nepal. Investors are of the opinion that investment is at high risk in Nepal. Nepal must be able to clear this confusion.

Moreover, as there is no easy access to road transport, they are doubtful about the business transactions and the whole import-export processes. Hence, Nepal should take genuine interest and initiation towards such things and both countries should be connected via road network in the first phase.

After road, Nepal must give emphasis on bilateral trade for which Nepal must produce enough goods to export to China. We want to see our neighbors prosper – he added.
Nepal can benefit from China in the areas of trade, investment and tourism the most. Chinese people who have heard of Nepal want to visit this country. Many, however, don’t know about Nepal. Hence, according to him, Nepal should work together with China to attract them to Nepal as tourists.

It could just be an utter coincidence that while he was thus opining in Xi’an, officers of China Railway Administration were surveying in Nepal for a railway system from Kerung to Lumbini via Kathmandu. They had concluded that if Nepal government wished for it, the Kerung-Kathmandu railway could be a possibility. Estimating the cost, China has informed that the railway construction task on the route can be accomplished by 2020 AD.

Nepal signed on the MOU of ‘One Belt One Road’ (OBOR) project, the largest and the most ambitious project of the 21st century proposed by China last May. OBOR does not link the roads only, with an easy access of roads the relationship at people’s level and the benefits of import and export will be far more than we can think of – he said.

This will help Nepal a lot in its economic development in the days to come. If landlocked Nepal is linked via road network, then Chinese tourists scattered in the global tourism market can reach Nepal, and if infrastructures can be developed through this project, investment from China and other countries can be funneled to Nepal, as per his analysis.

OBOR connects at least 64 countries of Asia and Europe directly. Most of the countries being involved are developing countries. This initiative encompasses about 65% of the total population of the world and calculation of economic indices point out that 37% of the world’s total GDP is generated in the region covered by OBOR. This concept, which took effect in 2013 AD, is the brainchild of Chinese president Xi Jinping.

Dr. Rajiv Kumar Jha, professor at Xi’an Medical University and the director of the institute says that the door of prosperity of Nepal has opened as it has become a member of OBOR. He says – there are many benefits that Nepal can acquire from its northern neighbor and world’s second largest economy, China, but a proper homework is required from the Nepalese side to determine the extent of benefits that Nepal can draw.

According to him, Nepal can be a transit point of Chinese investment in South Asia. Dr. Jha is of the opinion that if Nepal doesn’t waste time in sweet talks, but focuses in attracting Chinese investment and tourists, it doesn’t require anything else for economic progress. We will prosper because of this, but we must seek this prosperity within the framework of OBOR. Dr. Jha is also the coordinator of the institute for South Asia. This semi-government ‘think tank’ organization works for the success of OBOR project.

Nepal’s relationship with China is very old but there are many geographical complexities. Therefore, there are problems in the import and export of goods; consequently, we are more dependent to the south. With a reliable road service, it would be easy to lure Chinese tourists and investment to Nepal.

To gain access to the seaports, landlocked Nepal should try to get advantage of Chinese access points. Among those, routes that are easy and operational whole year must be chosen as the links to connect Nepal with China. That will help us gain our access to sea via China.

It is an opportunity for Nepal to be in between the two large countries. The markets for our produced goods are our neighbors. Hence, the connectivity will help us. Moreover, we don’t have to look out for a few million tourists a year as they will be easily available from India and China. To ease away all the processes and complexities, road network is a reliable solution.

According to professor Jha, it’s sheer luck that Nepal is a neighbor of China, world’s second largest economy. To benefit from its prosperity however, Nepal’s initiation is very much important. In his opinion, these three medium – road network ‘connectivity’, business and trade – are the bases of Nepal’s prosperity.

After becoming the second largest economy in the world in 2012, China has increased the amount of foreign investment too. According to estimates, by the end of 2016, China had spent 160 billion US dollars as foreign investment. It is much higher compared to past investments. This shows they are trying emphatically to spread this ambitious project all over the world. It is normal and also a must for Nepal to reap maximum benefit from this enterprise. RSS