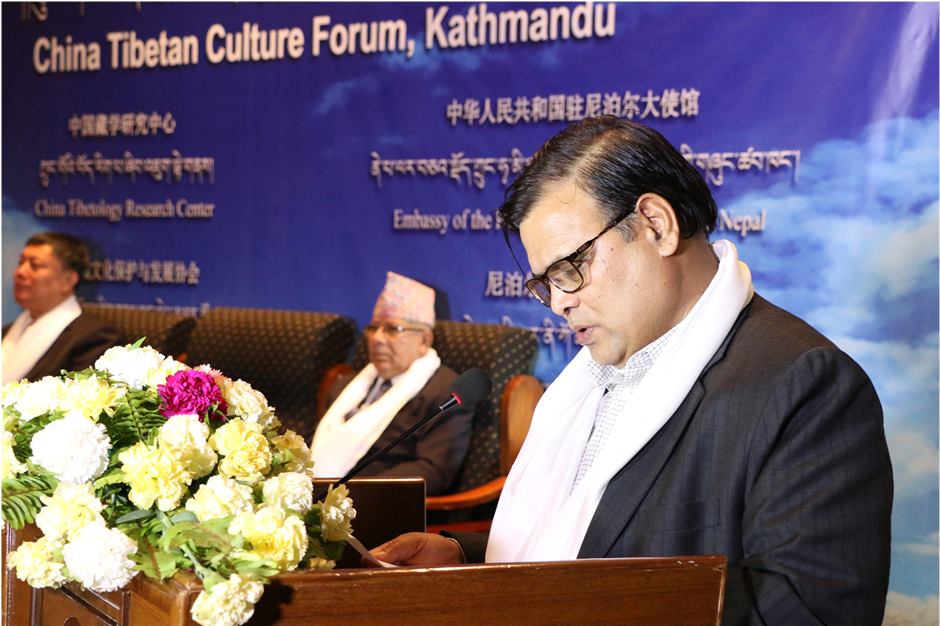 6 June, Kathmandu: Deputy Prime Minister Krishna Bahadur Mahara has said that mutual relations between Nepal and China have reached to a new height after the country signed on the ‘One Belt One Road’ initiative.

Likewise, Deputy Director General of China Tibetology Research Centre, An Qiyi, said that Chinese have deep regard towards Nepal, the birth place of Gautam Buddha, saying, Buddhism was the important basis for the cultural exchange between Nepal and China.

Chairman of Nepal Araniko Society, Sarbottam Shrestha, stressed the need of taking the relations at the people’s level between Nepal and China with importance. Seventeen intellectuals from China and 15 from Nepal have been participating in the two-day forum.

Photo and book exhibition related to Tibet has also been organised. RSS