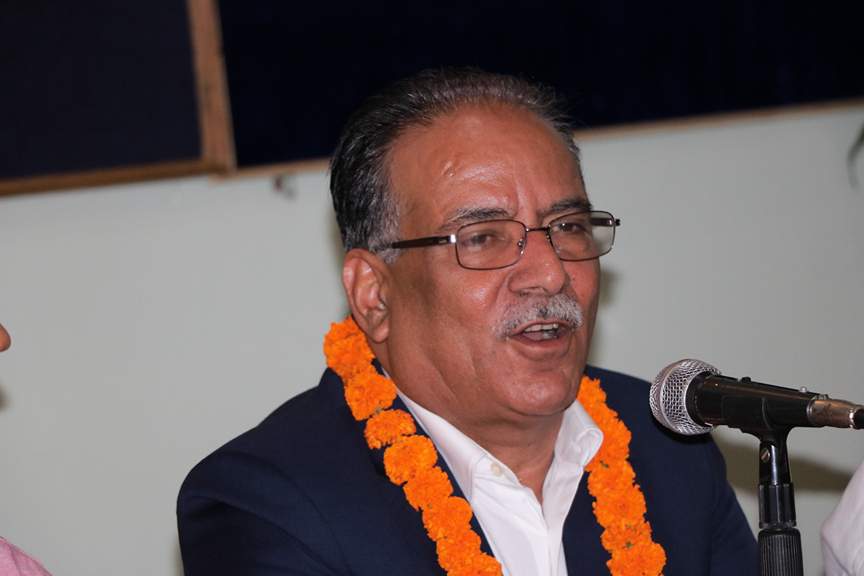 5 Dec, Ratnanagar: CPN (Maoist Centre) Chairman and former Prime Minister Pushpa Kamal Dahal ‘Prachanda’ has said that there is no confusion regarding the formation of a majority government under the leadership of communist immediately after the polls.

Addressing an election rally in Ratnanagar of Chitwan on Monday, Chairman Prachanda said that no one can stop the communists from constituting the government adding that he has drawn a conclusion that majority of the votes has been casted to the left parties in the first phase of the elections held on November 26.

Prachanda, the candidate of House of Representatives in Chitwan-3, claimed that no force can defeat the communists for 50 years if the communist government was formed for five years and the government worked for development and prosperity of the people.

He added that Nepal would gain the profound standards in people’s living standard and other indicators and such historical opportunity should not be missed.
Also speaking at the programme, candidate of left alliance in Chitwan-1 Surendra Pandey announced to ensure metamorphosis in the development spheres of Chitwan.

The former finance minister said that the first priority was investment in education, housing for the homeless, increment in elderly allowance and taking the country on the new track.