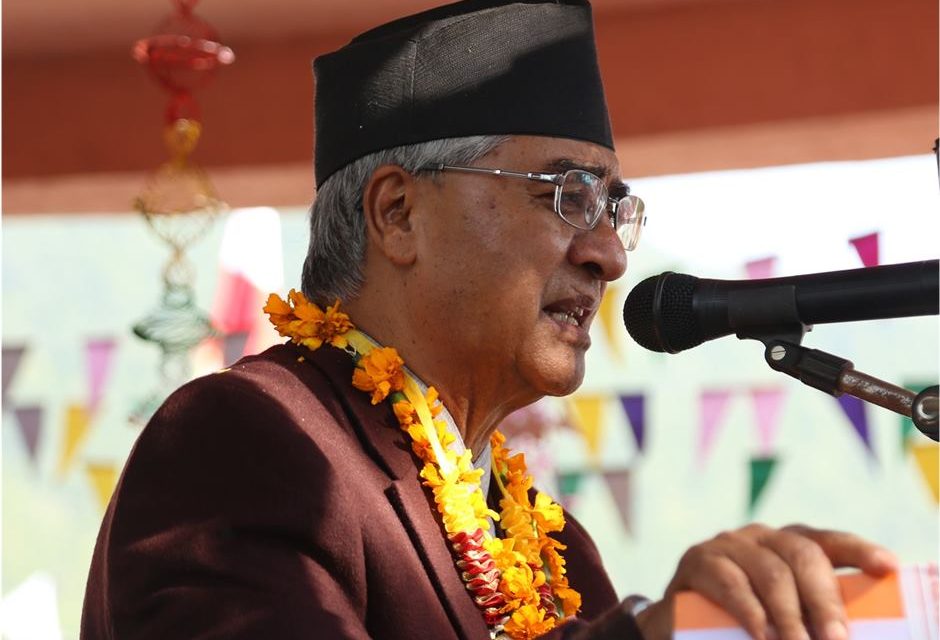 5 Dec, Dadeldhura: Prime Minister and Nepali Congress President Sher Bahadur Deuba has said that his party should win the elections to implement the constitution that has been drafted to ensure rights to all the Nepalis.

Speaking at an election gathering held in Sakayal of Nawadurga Monday, Prime Minister Deuba said the problem of unemployment, poverty and the need of industrial development will be addressed after the elections conclude successfully.

Also today, Prime Minister Deuba addressed an election meet in Banabasantapur of Nawadurga and made a door-to-door campaigning in the Dadeldhura headquarters, Bagbazaar, Tufan Danda and Kirtipur area.
He also spoke at an election gathering held in Ganyapadhura rural municipality of the district. RSS