Country ushered into age of light after load-shedding made thing of past: PM 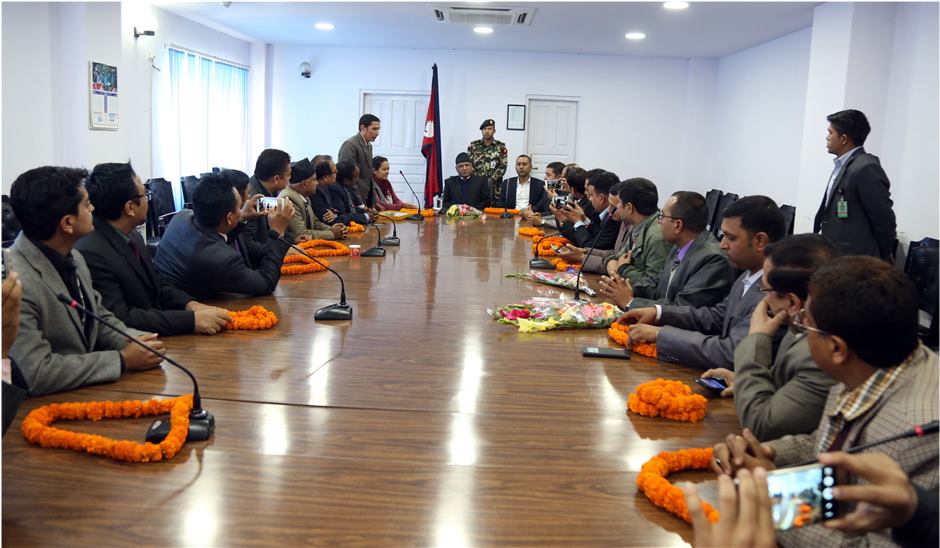 15 March, Kathmandu: Prime Minister Pushpa Kamal Dahal ‘Prachanda’ has said end of load-shedding (power outages) means taking the country to the age of light from the period of darkness.

The PM said so in a meeting with the office-holders of the Nepal Medical and Sales Representative Association at his office in Singha Durbar today.

He remarked that a new civilization has been started giving a fresh impetus to the overall development process by ending the power cut.

“The government has to carry out much work. The power cut has been put to an end as per the government’s commitment that the country should not be made to remain backward due to the load-shedding,” PM Prachanda said.

The Prime Minister also shared on the occasion that the problems of the medical representatives would be addressed after discussing the issues.

Association president Surjeet Dutt praised the government for doing away with the power cuts. He said the government has not paid adequate attention regarding the medical representatives who have the responsibility of systematizing the sale and distribution of medicines imported into Nepal, complaining that their problems have remained unheeded.

“Persons who have completed Masters level education have served as medical representatives for as long as 30 years. We urge the State and the government to take the necessary initiatives to recognise our contribution,” Dutt added.

The Association thanked the Prime Minister and also honoured him for ending the load-shedding, which according to them, has done a great deal in terms of storage (freezing) of sensitive medicines.

The Association was established 25 years back for the protection of the rights and welfare of the medical representatives and to contribute to policy formulation on medicine. It has around 1,400 members. RSS