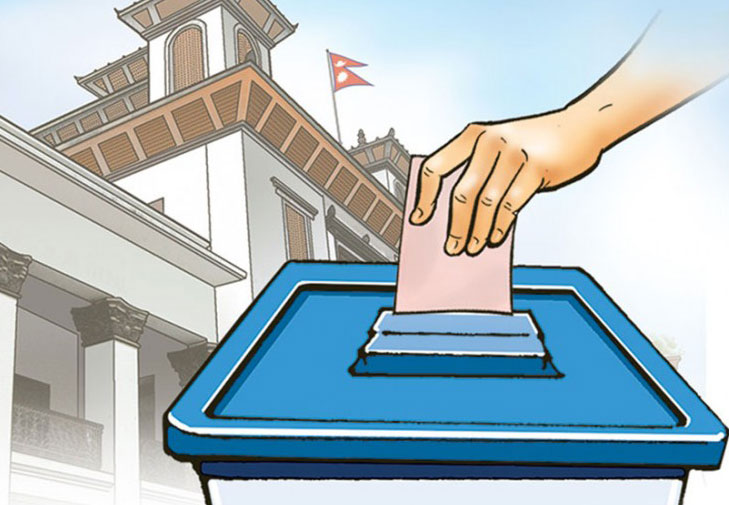 5 Dec, Bhaktapur: The first-time voters in Bhaktapur are filled with excitement to exercise their sovereign franchise.

Those familiar with the social buzz of ‘voting is the greatest deed’ are thrilled and eagerly looking forward to cast their votes this Thursday.

Rubi Pradhan of Surya Binayak Municipality-1 in the district said she has been waiting for the voting day. “I feel lucky for getting chance to elect a proper candidate in the first election of federal Nepal.”

Rubi’s friend Pramila too echoed her friend. They said they are going to use their right to vote for the first time though they have seen their family members and other people queuing up for voting.

Pramila said, “I have also learnt about valid voting. I will cast vote in the first hour on December 7.” She also shared that her friends have also discussed the ways to for valid voting.

Sharmila Basnet of Changunarayan Municipality-9 is also the first-time voter. “I am conscious regarding valid vote. I wish the victory of a leader who could chart out the development framework of Bhaktapur district,” she adds.

She further said that the election to the House of Representatives and State Assemblies would play vital roles to give a complete shape to the present system of governance.

Out of total 178,095 voters, 14,354 are the first-time voters in Bhaktapur, according to Umesh Rai, Chief of District Election Office, Bhaktapur. RSS