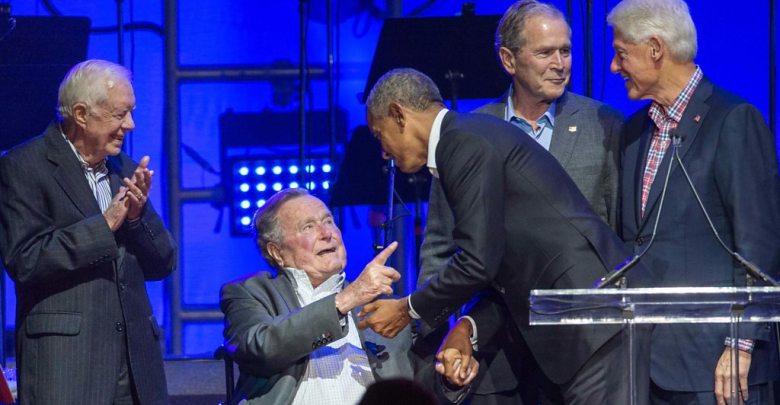 23 Oct, Houston: All five living former presidents of the United States took to the stage Saturday night at a benefit concert here to raise funds for the victims of recent hurricanes that hit various parts of the country.

Sitting president Donald Trump did not attend the event. Instead, he sent a video message thanking the former presidents for their efforts in helping with hurricane relief.

The event was originally aimed at raising funds for victims of Hurricane Harvey, which hit the Texas Gulf Coast on Aug. 25 and killed more than 80 people. It was later expanded to help those affected by subsequent Hurricane Irma that battered Florida and Hurricane Maria that thrashed Puerto Rico and the U.S. Virgin Islands.  Xinhua