Gone through lot of struggle to join films: Shraddha 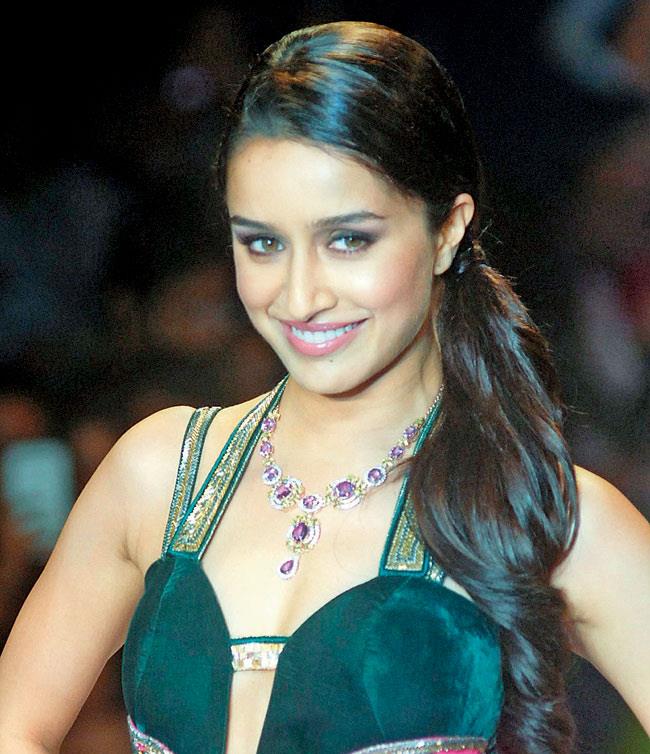 22 Nov, Panaji: She hails from a family full of popular actors and singers, but Shraddha Kapoor has said joining films was not a cake-walk for her.

The 30-year-old star, who is the daughter of actor Shakti Kapoor and is also related to legendary singers Lata Mangeshkar and Asha Bhosle, said she struggled a lot to get her first big break in the industy, which of late has been plagued by the nepotism debate.

“I was very impatient to get into films. It was a loud voice inside me that said acting is the profession I want to join.

“A lot of people think if you are a son or daughter of an actor you don’t need to audition, but that is not the case. I have gone through a lot of struggle to join films. I can’t even count how many auditions I have given or how many times I have been replaced. It is not easy. My first two films didn t get noticed and it was tough. But ‘Aashiqui 2’ changed things,” Shraddha said on the sidelines of International Film Festival of India (IFFI) here.

The actor inaugurated the Entertainment Society of Goa s Bioscope Village initiative at the 48th edition of the festival.

Post the success of “Aashiqui 2”, Shraddha gave back-to- back hits, and the actor said her aim was to grow with every film she does.

“I wanted to act since I was a kid. Whenever I used to see my dad coming home after a shoot with a moustache, I became very curious about his job. I used to get fascinated with seeing him playing various roles. I am living my dream now. And I believe you keep learning with your films. You grow with time and I hope I am growing, she said.

Her last release “Haseena Parkar” performed below the expectations at the box office, but the actor said she was not disappointed by it.

“My aim is to try something different every time and failures will happen. But its ok. Films may not work always, but I am happy that people still love me. The affection I get from my fans is amazing and it keeps me going.”

Shraddha will next been seen opposite “Baahubali” star Prabhas in “Saaho” and she is quite excited about the project.

“I am very excited about ‘Saaho’. It is challenging as I have to speak both in Hindi and Telegu. But, I am not learning Telugu as such. My director has not asked me to dub my dialogues in Telegu right now, but if he thinks I can do it appropriately, I will surely do my own dubbing,” she said.

Shraddha is also working on Saina Nehwal biopic. The actor is learning to play badminton and has been practicing with Nehwal to get the mannerisms right.

“I am doing Saina Nehwal biopic. I am learning badminton and the sport is just amazing,” she said. PTI