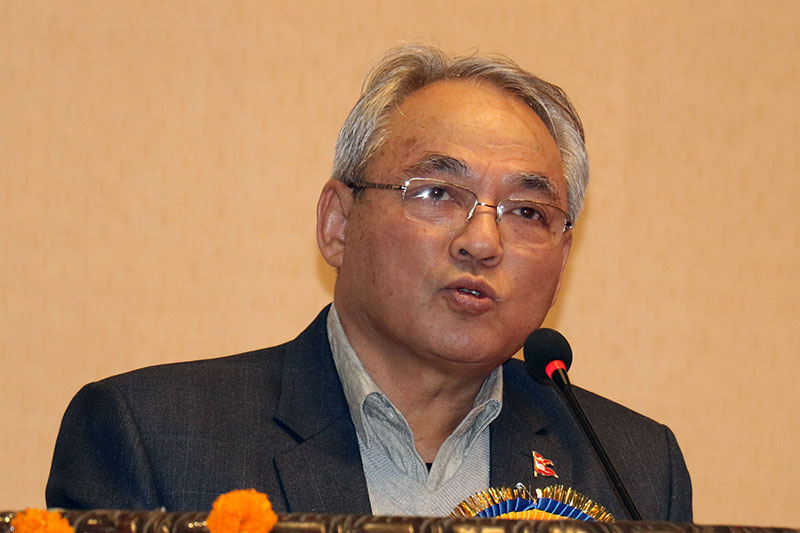 Hetauda, Makawanpur, April 17: Home Minister Ram Bahadur Thapa has claimed that the incumbent government has maintained peace and security effectively by controlling the factors against the constitution and the state.

The government has launched a special campaign to check illegal activities like violence, crimes, corruption, smuggling and irregularities, he informed.

On the banned Communist Party of Nepal led by Netra Bikram Chand, he said talks have been on to bring the group to mainstream politics, while saying none choosing the path of violence would be spared.

The seminar aims to develop an integrated concept to deal with security problems and challenges by the state and local levels.