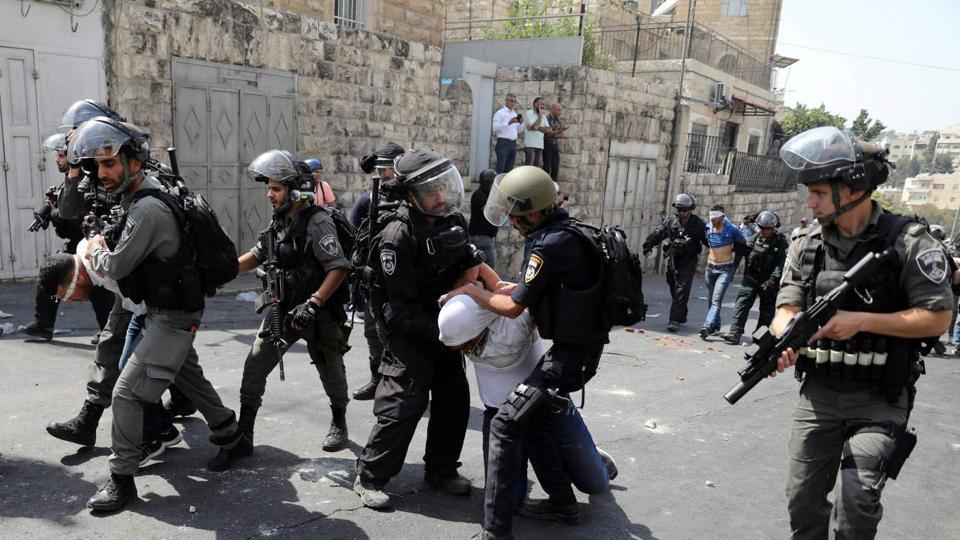 The 51 Palestinian suspects from Issawiya were arrested for participating in recent “riots and terror-related incidents,” including throwing stones and firebombs at security forces, a police statement said.

They were expected to appear in court later in the day.
Palestinian youths in parts of east Jerusalem regularly clash with Israeli security forces during protests against Israel’s occupation.

Police had raided Issawiya along with a number of other Palestinian neighbourhoods in east Jerusalem three months ago, when tensions rose and clashes erupted after Israel placed metal detectors at the entrance to a Jerusalem holy site.

The metal detectors were put in place after a deadly shooting in which Arab Israeli gunmen emerged from the holy site and killed two police officers.

Since then, the situation in Issawiya and other Palestinian areas has largely been calm. AFP