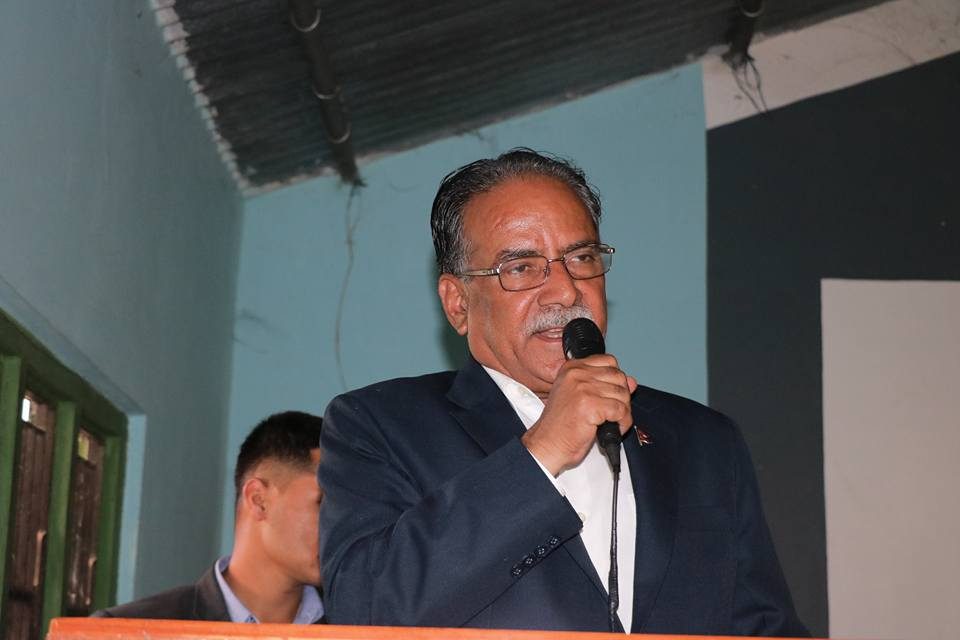 Now community schools which were poor in terms of physical infrastructure, quality of education and discipline in the past are in the position of competing with private schools in regard with those aspects, according to him.

He appreciated the community schools for their recent accomplishments while inaugurating today the newly constructed building of the Siddhimangal Secondary School based in Mahalaxmi municipality- 6, Lalitpur.

He went on to say that Nepal’s education system had long been a means of producing unemployed graduates, but now the government had accorded its priority to transform the education into the means of creating employment opportunities.

“Children of all Nepalis will be seen in the community schools within the next few years if such schools go on to improvement as the current pace.”

The NCP chair said the party’s central and district convention would be held soon.
On the occasion, Mahalaxmi municipality mayor Rameshwar Shrestha said the community schools within the municipality were showing remarkable progress. He added that technical and vocational education was being expanded in schools in the municipality.

The mayor shared that technical education has been started in three schools in the municipality in the current fiscal year and it would be expanded to two more schools in the next fiscal.

School’s head teacher Min Bahadur Achhami said the educational standard of the school would be raised if the school has sound physical infrastructure.
The Urban Environment Management Society had constructed the eight-room block of the school. RSS