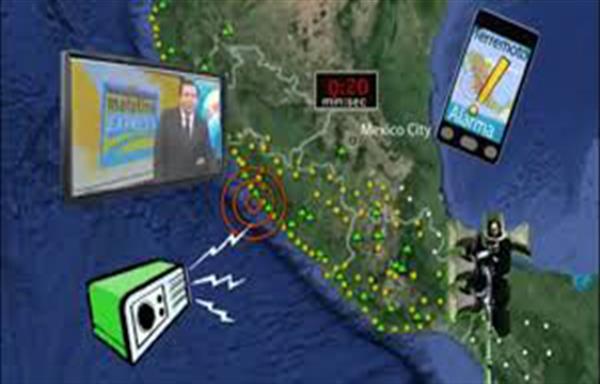 15 Oct, Mexico City: Mexico City will reinforce its earthquake alert system by installing between 800 and 1,000 new speakers on the streets, after the 7.1 earthquake which hit the capital on Sep. 19 and killed 228 people, the government announced on Saturday.

Around 8,200 speakers have been placed around the city, along with videocameras, since September 2015 to issue a loud alarm when an earthquake above magnitude 6 is detected.

While the mayor did not state a cost for the project, he said the new speakers would be installed in the next eight weeks. Authorities activate the alert to Mexico City residents when sensors along the Pacific Coast receive seismic waves, usually allowing for a minute’s warning to the capital.

However, the Sept. 19 earthquake hit far closer to the city, in the state of Morelos, giving no time for such an alert. It brought down 38 buildings and severely damaged around 1,000 more in the capital. A total of 369 people died nationwide as it also struck the State of Mexico, Morelos, Puebla, Guerrero and Oaxaca.

It also came on the heels of another earthquake in early September, which hit with a strength of 8.2 magnitude, killing 98 people in the south of the country and damaging over 100,000 buildings. The Mexican government has explained that this earthquake has generated over 7,000 aftershocks due to the Cocos tectonic plate suffering an important crack. Xinhua