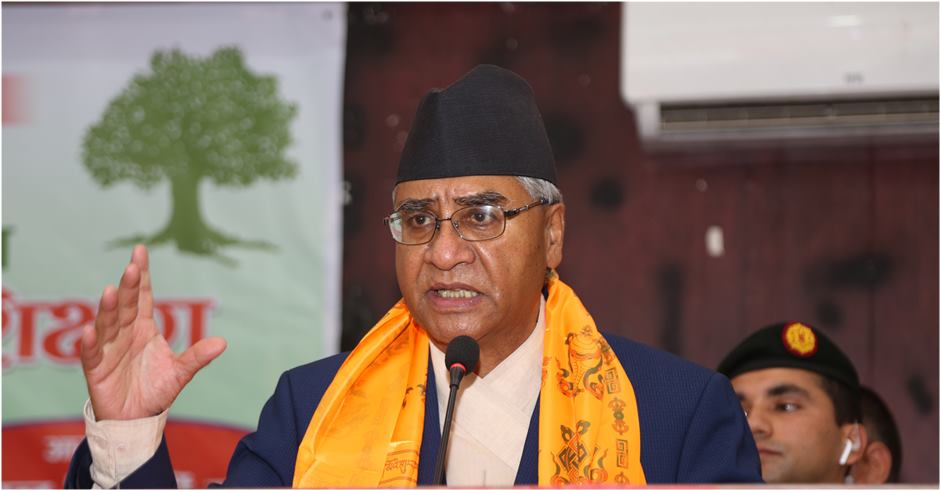 2 Dec, Dhangadhi, Kailali: Prime Minister and Nepali Congress President Sher Bahadur Deuba on Friday appealed to all for making the democratic candidates winner in the December 7 elections. “People will become master of the country in democracy. Only the NC can make the people sovereign,” he said, while addressing separate election campaigns in Doti and Achham districts.

Saying a conspiracy was being hatched to disrupt the implementation of the inclusive constitution promulgated after serious sacrifices of the people, the NC President accused the left alliance of trying to impose one-party totalitarianism.

The NC must win for effective implementation of the new constitution, and development and prosperity, he said.