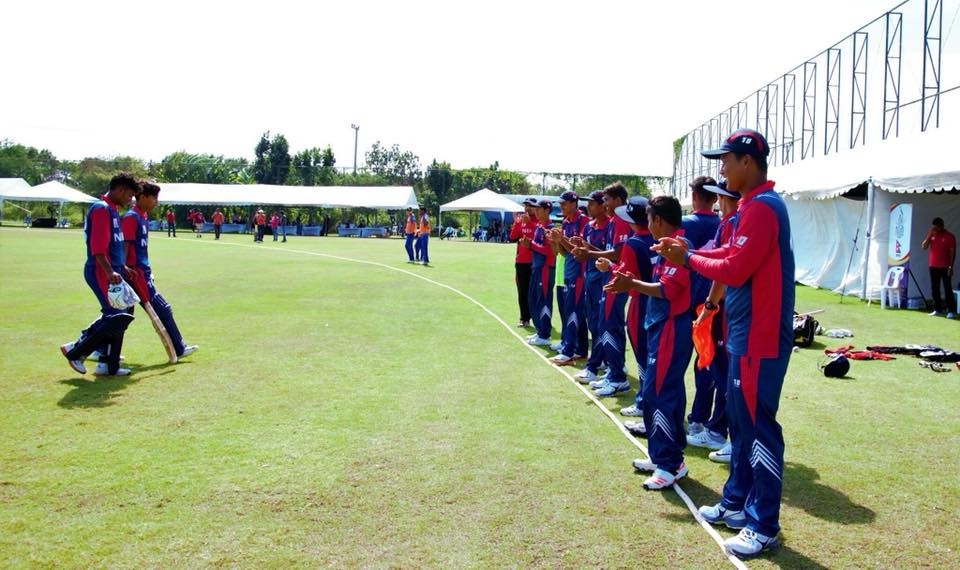 Kathmandu, April 24: Nepal has defeated Malaysia in its second game today under the Asian Cricket Council (ACC) Under-16 Eastern Region Cricket Championship being held in Thailand.

In the match played at the Chiang Mai cricket ground, Nepal beat Malaysia by 39 runs and earned its second win. Nepal had trounced Myanmar by seven wickets in its first game on Saturday.

With this victory, Nepal, which is in Group A, has got four points from two games. Nepal is also the defending champion.

In the previous edition of the championship, Nepal had thrashed Singapore by 71 runs to lift the title.

Nepal which elected to bat first after winning the toss posed a 142 runs target before Malaysia.
In response, Malaysia was confined to 102 runs in 33.2 overs, losing all its wickets. Sarvin Surendran made the highest 46 runs contribution to Malaysia while Ahmed Ashyaraff made 17 runs and Kisan Kumar 11 runs. No other Malaysian batsmen could accumulate runs in the double digit.

Nepali players Ramesh Kurmi, Tilak Raj Bhandari and Prashant Mahat each took two wickets in their bid to limit Malaysia in 102 runs. Before this, Nepal made141 runs in 34.5 overs losing all its wickets. Ashish Bhattarai made the highest number of runs for Nepal. He made 34 runs. Similarly, Bishal Bikram KC made 28 runs, Deepak Bohara and Arjun Kumal rach made 16 runs and Subas Ayer made 11 runs.