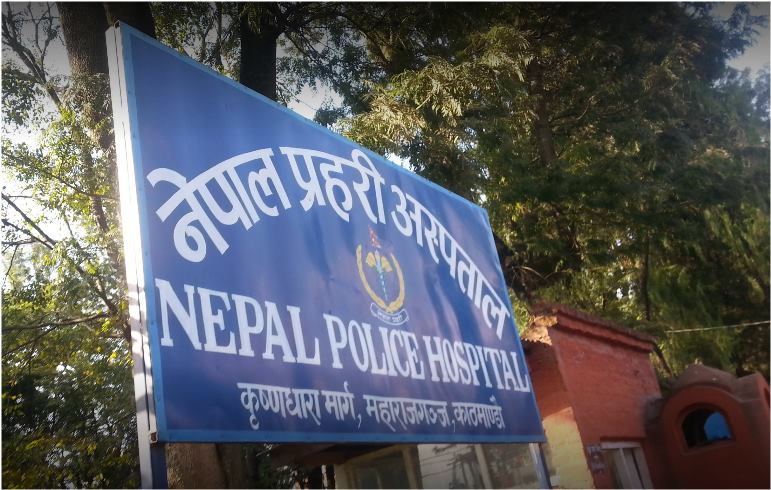 12 Nov, Kathmandu: Nepal Police Hospital located at Maharajgunj has been opened for the general public from today.

IG Aryal said that all services including lab facilities and operation would be provided around the same charge taken by other government offices. The OPD service would be provided to the general public from 1:00 pm-3:00 pm every day.

An ordinary citizen going to the hospital for check-up will initially have to buy a ticket for Rs. 50. The cabinet had on May 18, 2017 decided to open the police hospital for the ordinary public too. Prior to this, the hospital had been providing its services to only in-service and retired policepersons, their families and the martyr families.

The police hospital is also planning to open its regional hospitals to the general public in the near future. It may be noted that the military hospital has already been open to the public. RSS