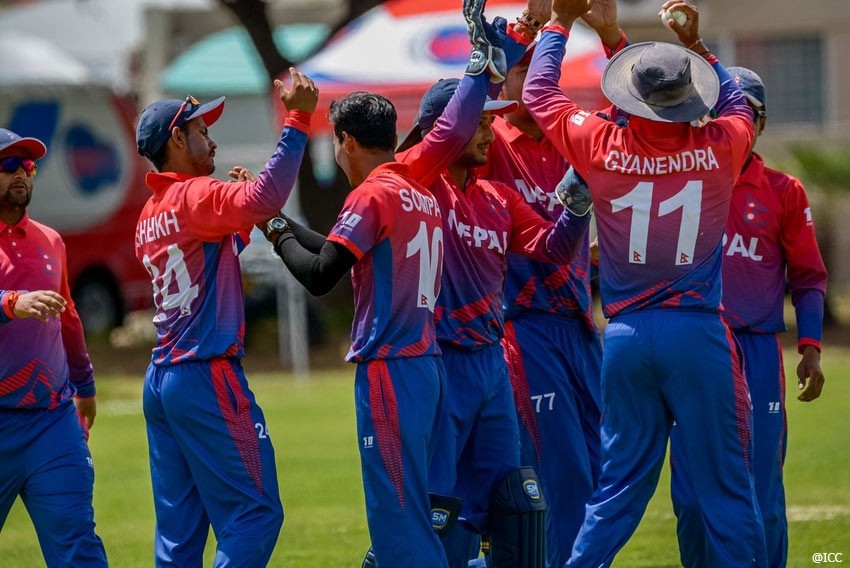 However, it lost the opening match yesterday to Qatar. In today’s match, Malaysia were invited to bat first after losing the toss and made a score of 83 runs in nine overs at the loss of seven wickets and Nepal met the normal target of 84 runs in eight overs at the loss of three wickets.

Twenty overs were brought down to nine overs as rain hampered the match.

In Nepal’s win, acting team captain Gyanendra Malla hit the half-century, contributing the highest run score to the team. He played with 51 runs with three sixes and five fours in 21 balls.

Similarly, Pradeep Airi was out with 12 runs to his name while Binod Bhandari scored undefeated 13 runs.

Syed Aziz made the highest 30 runs for his team while Virandeep Singh and Ahmad Faiz 21 and nine runs respectively.

From the Nepali team, Sompal Kami alone took three wickets followed by two wickets by Basanta Regmi and one from each Sandip Lamichhane and Karan KC.

With this victory, Nepal collected two points in the chart table. Nepal, Malaysia, Qatar, host Singapore and Kuwait are battling for the title and winning team will be one of 14 teams to play in the ICC T20 World Cup Qualifier to be held in the United Arab Emirates in coming October-November.