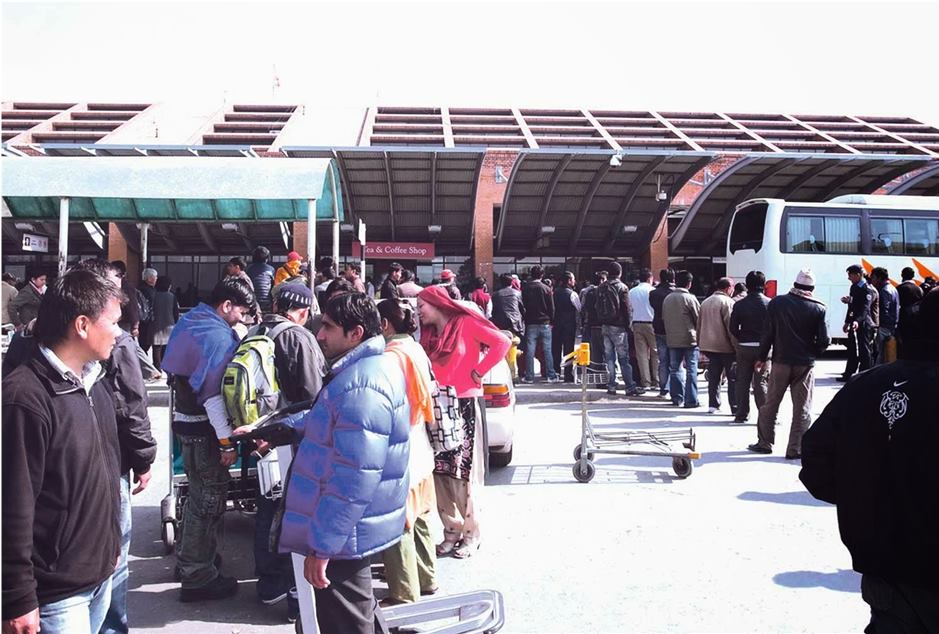 9 June, Kathmandu: Nepal is to take initiative for establishing a provision of showing ‘no objection letter’ of the Nepali Embassy by Nepalis going to third countries via India and Sri Lanka at international airports of the countries.

This provision is going to be implemented after the trend of leaving Nepali people stranded in different countries and trafficking women in gulf countries by human traffickers taking them via India and Sri Lanka increased in recent period.

A meeting of representatives of concerned ministers held at Department of Immigration on Thursday decided to urge concerned ministers to take diplomatic initiative with India and Sri Lanka to let people enter the third countries only after showing ‘no objection letter’ via both countries, said Director General of the Department, Ganga Ram Gelal.

The meeting drew the conclusion that diplomatic initiative should be forwarded for the effective implementation of the provision as the provision still exists.

The meeting also decided to make agreement with India to form a mechanism to rescue the Nepali people stranded in India immediately.

Representatives from Foreign, Labour and Employment, Women and Social Welfare Ministries and Chairperson of Maiti Nepal, Anuradha Koirala were present on the occasion. RSS