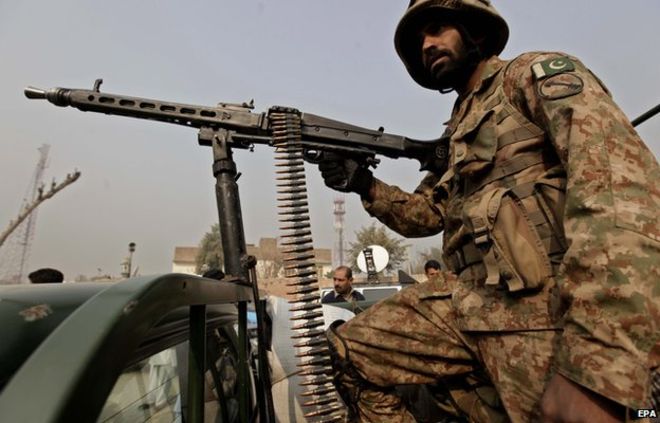 An army officer of major rank and five militants were killed when a military checkpost in Pakistan’s northwest tribal area of North Waziristan was attacked on Monday, local Urdu media reported.

The attackers, who had used light and heavy weapons, escaped the scene following the attack, taking bodies of their accomplices with them, said the report.

No group has claimed responsibility for the attack yet.The attack happened at the time when the Pakistani army is launching an armed offensive, Zarb-e-Azb, in the North Waziristan region with an aim to clear the area from local and foreign militants.

Launched on June 15, 2014, the operation has so far killed over 3,000 militants and the military has cleared almost 90 percent of the area after removing the sanctuaries of the insurgents who planned and carried out attacks on armed forces and civilians of the country. Xinhua