PM Oli urges all to join hands in national development 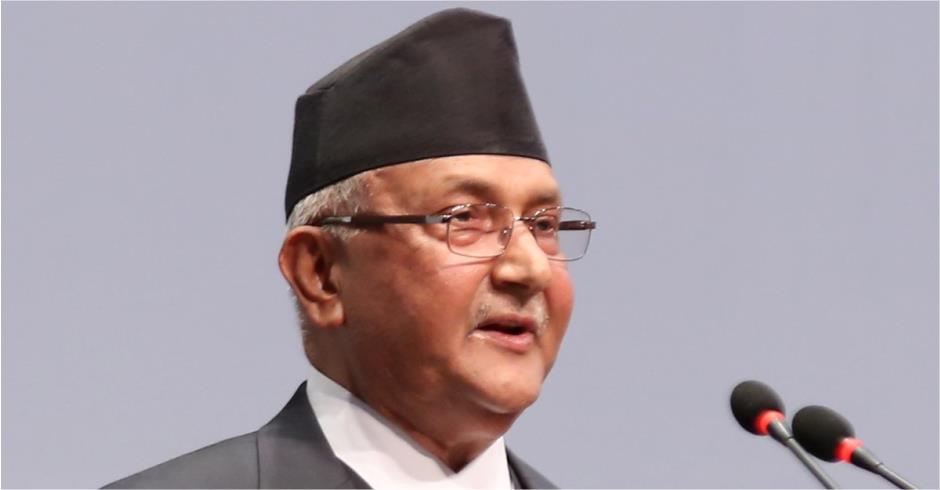 Prime Minister KP Sharma Oli has urged all to join hands for national development after utilizing natural and human resource of the country.

While inaugurating the meeting of the National Development Council here today, the Prime Minister said that the government was making efforts to explore the natural mines adding that iron mine was discovered in Nawalparasi and gas mine was being explored in Dailekh. He said such resources should be utilized for national development.

Prime Minister Oli further stressed on increasing exports and decreasing imports for self dependency of the country. He also expressed confidence that the nation can achieve the developmental success by taking inspiration from China, Korea and Japan, as they achieved huge success in development after devoting on it for few years.

He added that the backward communities could be taken forward after imparting them skillful training and exploring income generation opportunities. PM Oli added that capacity for spending the budget for development was essential. He urged council members to prepare guideline project for a three-year economic progress.

Similarly, Finance Minister Bishnu Poudel stressed on higher economic development growth for the formation of the welfare state. He opined for the necessity of three sectors, government, public and private to work together for national development. He expected Rs 130 billion investments from private sectors adding that it may generate employment to 400,000 people in the country.

Likewise, National Planning Commission Vice-Chair Dr Yubraj Khatiwada informed that the base paper was prepared to bring down poverty line to 17 per cent in 14th Planning. He also said that a plan has been developed to increase youth employment in the country.

He said that the base paper prepared for the 14th plan by secretary at the commission Suresh Man Shrestha and joint secretary Tulasi Prasad Gautam among others with experiences from the 13th plan, has been forwarded for deliberations in the Council meeting.

Discussion on various others issues will also be held in the meeting that will run until Monday.

Five groups have been created to deliberate on various kinds of issues including Economic area, industry, commerce, supplies, tourism and culture fall into Group A and infrastructure development, energy, roads, bridges, drinking water, communications, building, housing, town development and reconstructions are placed in Group B.

A final touch will be given to the 14th plan after discussion in the meeting. RSS