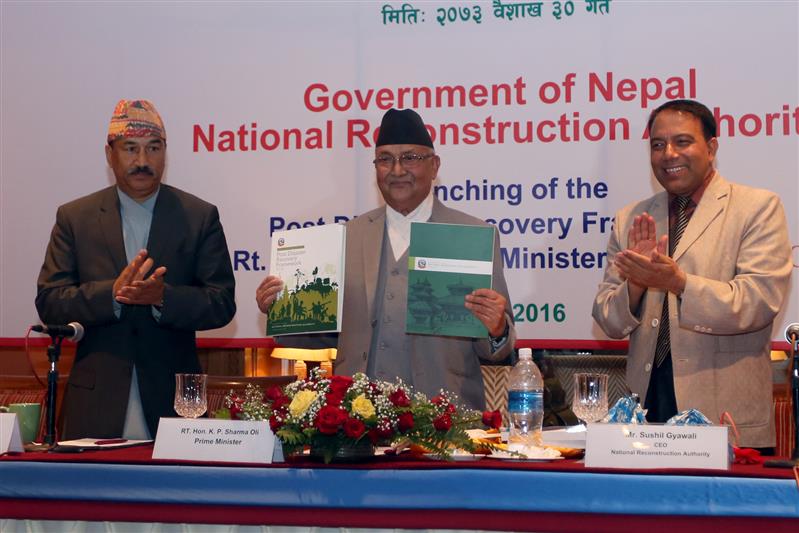 The work plan clearly outlines how reconstruction works would be accelerated, PM Oli said, adding that the work plan was introduced as a guideline to the government, private sectors and donor agencies.

Although the PDNA had estimated a budget of Rs 699 billion for the entire reconstruction activities, the number of damaged houses has increased and the ministries too demanded additional amount, so the proposed budget has increased accordingly.

With the additional budget, Rs 838 billion has been allocated under the five- year work plan for the reconstruction activities. PM Oli argued that all damaged houses would be rebuilt within two years.

It was also shared by PM Oli that all cultural and archaeological heritage sites would be reconstructed within five years, while government buildings like health posts and hospitals in three years. RSS