The Power of Economic Empowerment 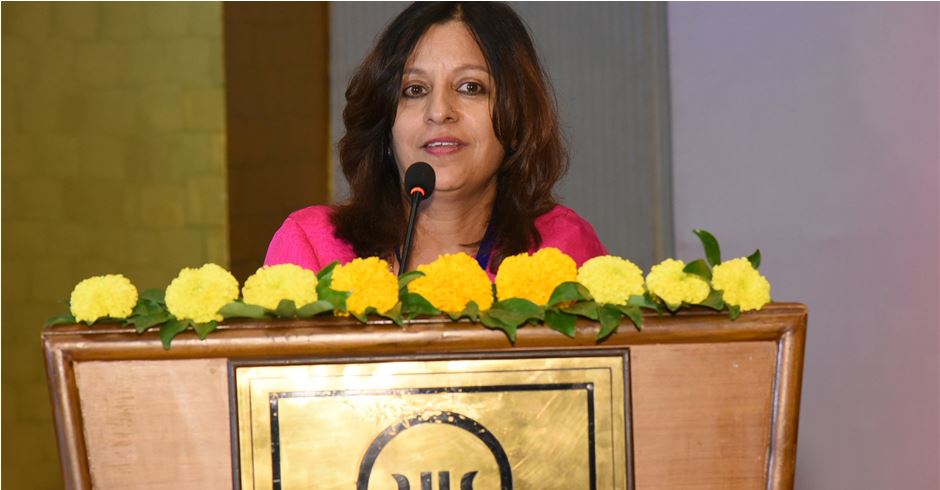 Central to inclusive and sustainable industrial development is the urgent need to harness the economic potential of women – half of the world’s population. Women perform 66% of the world’s work, yet earn 10% of the world’s income. At the same time, they account for 85% of consumer purchases and control $20 trillion in worldwide spending. It is estimated that by 2020, 870 million women who have been living or contributing at a subsistence level will enter the economic mainstream for the first time as producers, consumers, employees and entrepreneurs. The economic impact is expected to be staggering, with profound effects on global development as a whole.

It is becoming increasingly clear that women are, and will continue to be, powerful drivers of development. When men and women become more equal, economies grow faster, fewer people remain in poverty, and overall well-being increases. Studies have reported these gender gaps impose real costs on society. When women do not participate equally in entrepreneurship, economies lose the benefits that would otherwise be provided by new products and services, additional revenues and new jobs. The clear consequences of women’s economic marginalization further emphasize the pressing need for gender equality and the economic empowerment of women raising female employment to male levels can have a direct impact on GDP growth rates, increasing it by as much as 34% in some countries, and that countries’ productivity can increase by as much as 25 % if discriminatory barriers against women are removed.

South Asia
Women play a key role in innovative economic development and business expansion in the Asian region. Women make up more than half of the population in Asia, and the United Nations estimates that the Asia-Pacific economy would earn an additional $89 billion annually every year if women were able to achieve their full economic potential.

Women in South Asian countries face societal constraints and discrimination which has a significant impact on their entry into businesses. Women still own less than 10 percent of small and medium enterprises (SMEs) in South Asia, and the UN reports that 80 percent of working women in this region are in what is considered vulnerable employment. Furthermore, while women’s contributions have great potential for bolstering these countries’ economies, women still face many obstacles including limited access to regional markets, business finance, business skills training, networks and information, as well as legal and policy constraints.

A recent World Bank estimate of a 5.3 percent growth in 2014 and 5.9 percent in 2015, South Asia is one of the fastest growing regions in the world. But in spite of healthy growth rates and positive outlook, additional steps are required to increase intra-regional trade, ensure sustainable and equitable economic growth of the region. In the current context, the gender impact of trade policy must be paid serious attention especially as it is increasingly evident that trade policy is not ‘gender neutral’.
Women led organizations have been playing the role of a catalyst in strengthening women’s socio and economic role which has witnessed multiple effects. The capacity of organizations in identifying cause of gender inequality issues have been integrated as a collective women’s voice to the governments.  Most of these recommendations are taken into consideration by the government as policy reforms. This leads to access and power for women.
The South Asian Women Development Forum with a SAARC recognized body status has been playing a pivotal role in bringing together the national women entrepreneurs’ organizations; working towards the socio economic sectors in the SAARC Region. The forum has organized several workshops, seminars, annual forums and conferences for networking and capacity building, disseminating information, and identifying common issues. With the experience and expertise in bringing together a consortium of women led institutions through SAWDF Chapters in South Asia has identified the “Mind Set” as one of the biggest social challenge for women entrepreneurs. Defining women, with a strong belief that women can work but cannot LEAD has restricted women to develop greater capacity to advance as Women Business leaders, such as women entrepreneurs is largely the story of ‘little guys’ particularly small businesses that form the bulk of the economy.

I would like to share my experience on the strength of women led organizations and have witnessed the outcome of their efforts. Some of the organizations that I have been associated have effectively created opportunities for women.

WEAN Corporative; a Women Producer’s Marketing Co-operative has been creating a common market platform for women producers. The initiation was taken by a group of passionate enterprising women who wanted to support the economic and social empowerment of Nepalese women. Thus WEAN Multipurpose Co-operative was established as the first organization in Nepal to market merchandise produced by Nepalese women living in the urban and rural areas.
Another initiation was the SAARC Crafts Village launched its first retail outlet for handicrafts produced by South Asian Women Entrepreneurs on 5 July, 2006 in Kathmandu, Nepal.
Manushi a fair trade organization has been disbursing loans and at present has provided finance access to more than 19000 women. Among the beneficiaries 70% are from minority groups, 30% are landless poor.

The support of the government is crucial to bridge the gender disparity through legal interventions, gender friendly policies and Economic freedom. Economic freedom is the answer, in other words, distribution of resources, property rights are some of the key factors for economic empowerment of women.