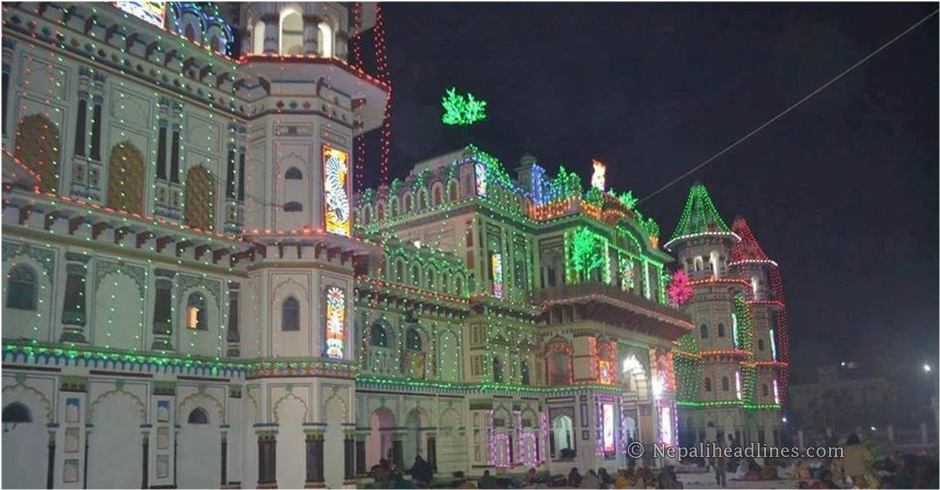 22 Nov, Janakpurdham, Dhanusa: The stage for Vivah Panchami has been set with fanfare in Janakpurdham, the capital of ancient Mithila.

The setting for the marriage between Lord Ram, king of Ayodhya, and Goddess Sita, princess of Janakpur has been decorated, while other preparations are in full swing, said the organising committee.

Vivah Panchami, also known as Ram Vivah Ustav, which is celebrated by the Hindus to mark the wedding of Lord Ram and Goddess Sita, falls, according to the Hindu calendar, on the fifth day of the Shukla Paksha in the Margashirsha month (November-December).

This year the festival falls on November 23. People from Nepal as well as India take part in the ceremony. A huge numbers of devotees gather around Ayodhaya, the birthplace of Lord Ram to participate in the ceremony. The wedding attendants are taken all the way to Janakpur, where the marriage ceremony is concluded as per the Hindu rituals.

The procession is followed by taking a dip in holy lakes. According to the Hindu folklore, Lord Ram got a success in breaking the sacred bow of Lord Shiva, and as per the condition, Ram and Sita got married in Janakpur. Since then followers of Lord Ram have been celebrating the holy marriage every year. RSS