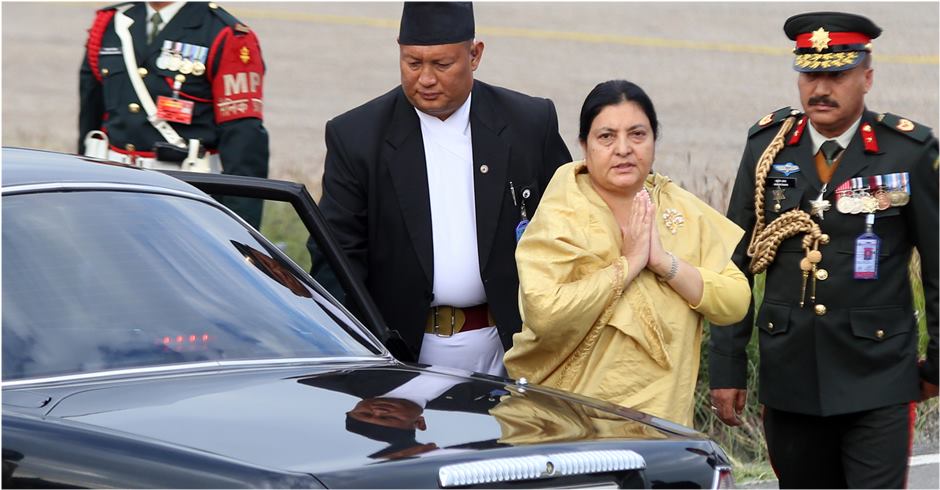 Similarly, a contingent of Nepal Army (NA) offered a 21-gun salute to the President.

On the occasion, President Bhandari extended cordial invitation to the top leaders of UAE for Nepal visit in their convenient times.

Issues of welfare of Nepali migrant workers working in the UAE were also touched upon during the President’s meeting.

Minister Chand said that a delegation would visit Nepal soon, adding that the meeting of the Nepal-UAE consultative mechanism established in 2010 would meet in Nepal soon. RSS