SAFF U-15, Nepal into semi-final 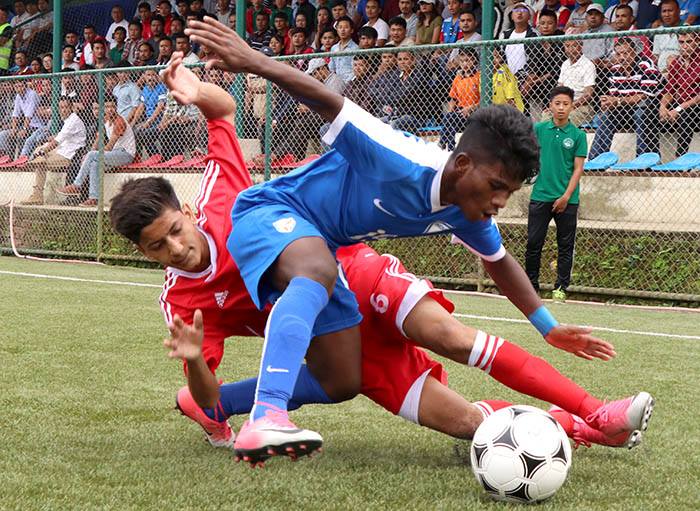 23 August, Kathmandu: Nepal has entered the semi-final of the South Asian Football Federation (SAFF) U-15 championship after finishing runners-up group stage underway in the capital.

Nepal made it through after finishing runner-up in Group B, despite losing to India in the final game today. In the match held at the ANFA complex ground at Satdobato, Nepal lost to eventual group winners, India by 1-2.

In its first match, Nepal had defeated Maldives by 6-0. RSS