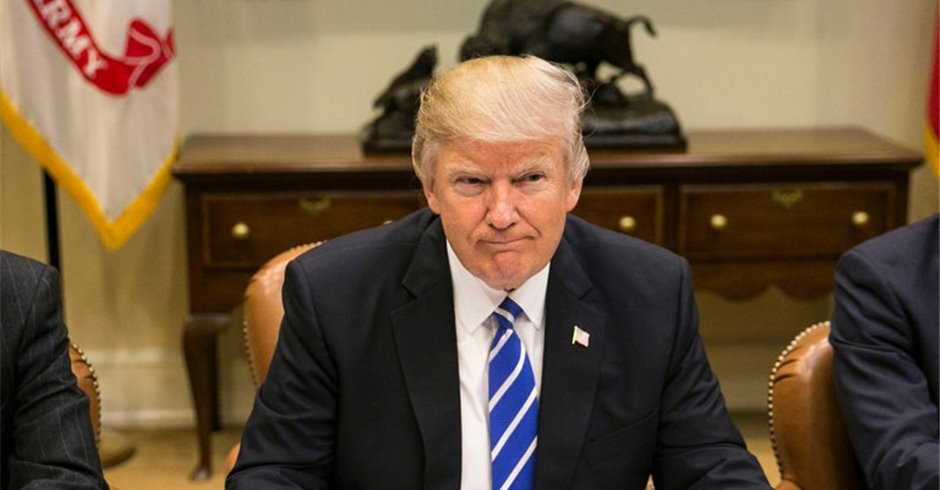 16 Nov, Washington: US President Donald Trump hit back at critics of his recent Asia trip and vowed a global campaign of “maximum pressure” on North Korea Wednesday, warning Pyongyang will not subject the world to “nuclear blackmail.”

Defending an almost two week trip to Asia that was long on pomp but — critics say — short on achievements, Trump said he had successfully galvanized opposition to North Korean proliferation.

“I made clear that we will not allow this twisted dictatorship to hold the world hostage to nuclear blackmail,” Trump said in a televised statement a day after returning from the marathon trip.During a 25 minute address, Trump repeatedly reached for a bottle of water and appeared worn by the long journey that took in Hawaii, South Korea, Japan, China, Vietnam and the Philippines.

Always keen to garner praise and lift up examples of others showing him respect, Trump said the red carpet rolled out for him in Asia showed that “America is back.”

“Everywhere we went, our foreign hosts greeted the American delegation and myself included with incredible warmth and hospitality and most importantly respect,” he said.

Trump and his supporters are fighting a rearguard action against suggestions that the trip was a failure.They are pointing to a series of Asian investments in the United States and the release of three US basketball players on Chinese shoplifting charges, after presidential intervention, as evidence it was a success.

Adding to that, Trump himself said that he had won a commitment from Chinese leader Xi Jinping to use Beijing’s economic leverage to denuclearize the Korean peninsula.

It was not clear if that went beyond Chinese implementation of existing UN Security Council resolutions against Pyongyang.

Trump also suggested that Xi — who will send a special envoy to Pyongyang later this week — had ditched a proposal to freeze US military maneuvers in exchange for a freeze in North Korean proliferation.

“President Xi recognizes that a nuclear North Korea is a grave threat to China,” Trump said. “And we agreed that we would not accept a so-called ‘freeze for freeze’ agreement like those that have consistently failed in the past.”There was no immediate confirmation of what would be a significant shift in Chinese policy from Beijing’s embassy in Washington.

– Welcome home –
Democratic Senator Edward Markey summed up the sentiment of many in his camp in saying that Trump failed to “make meaningful progress” on “critical economic and security issues during his trip to East Asia.””Rather than building on the messages in Japan and South Korea on the importance of trilateral unity in the face of the North Korean threat, President Trump tweeted about how hard he has tried to be North Korea’s friend and called Kim Jong Un ‘short and fat,'” he said.

Aside the furor over Trump tweets, his visit also saw 11 Asia-Pacific allies announce they would press ahead with a free trade agreement known as the Trans-Pacific Partnership.

That was seen as a diplomatic slap in the face and evidence that the world was looking beyond America’s mercurial and nationalistic current leadership.

“The US is out of the game,” said Nate Olson of the Stimson Center. “While the US posture alternates between defensive and scorched-earth, other countries are actively fighting to reshape the trade landscape in their favor.””The progress toward a successor to the Trans-Pacific Partnership is just the latest example.” AFP