Way cleared for this season’s expeditions to Mt Everest 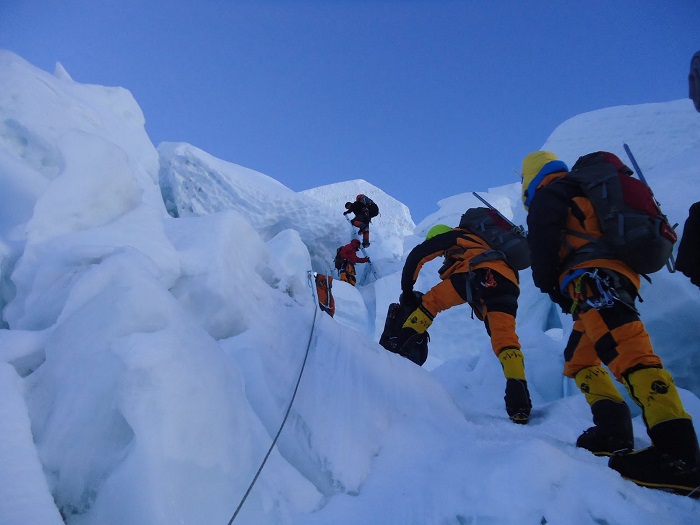 7 April, Salleri (Solukhumbu): The way for mountaineering expeditions to the world’s highest peak – Mt Everest – has been opened for this season following the completion of the repair and maintenance of trails damaged in snowfall.

The Ice Fall doctors took two weeks to repair and maintain the trail leading up to the highest peak in the world. As many as eight Ice Fall doctors were deployed to build the trail from the Everest Base Camp to Camp 2 beginning March 21.

The doctors’ team repaired the trail and set up ropes and ladders used to climb the mountain. Despite the inclement weather conditions, the repair and maintenance of the trail have been completed, Everest Pollution Control Committee (SPCC), Programme Official, Kapindra Rai shared.

The SPCC has been repairing the maintaining the trail leading up to Camp 2 every year before the start of the climbing season. The doctors’ team led by Ang Kami Sherpa included Ang Sarki Sherpa, Nima Dorje Sherpa, Mingma Chiri Sherpa, Yangda Sherpa, Mingmatemba Sherpal, Phuchetar Sherpa and Phukitar Sherpa. RSS