What’s worth the life of an ordinary Nepali citizen? 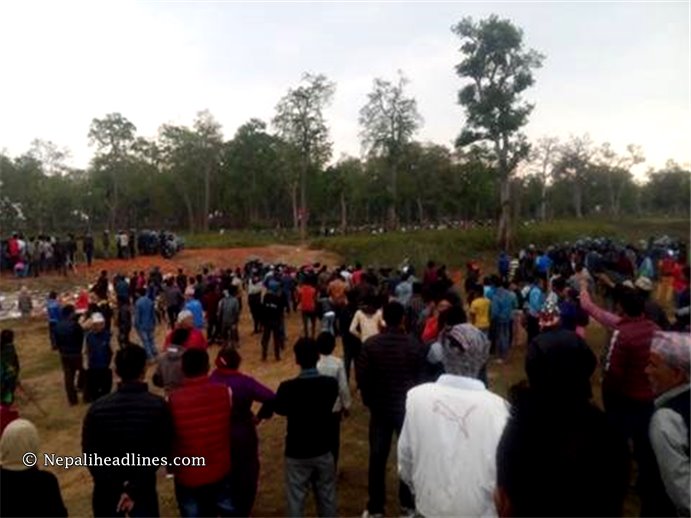 Kathmandu: Just in four days since the Monday of this week, 32(5+26+1) innocent Nepalis lost their lives. And none of the deaths were due to any natural causes. More unfortunate and tragic it was that they were all avoidable.

It all started with an unwarranted clash between police and the locals in Saptari that resulted in the death of 5 innocent people. This was followed by the tragic road accident on Thursday in Jajarkot, when a passenger bus fell off a cliff leading to the death of 26 persons, 15 of them on the spot.

And on the same day, another Nepali national lost his life to high handedness of an Armed Border Force or SSB personnel of India, who shot him over a minor dispute on the Nepal-India border in Kanchanpur.

However, this is not the first instance that such deaths have occurred in the country or on its border with neigbouring India. Akin to the incident that took place in Rajbiraj of Saptari, clashes borne out of irresponsible act of political leaders and their parties in the plains have led to deaths of many innocents Nepalis, whether it the infamous Tikapur carnage or in Lahan in the recent past.

Road accidents-related deaths are more common especially in rural parts of the country, with the most recent one being in Kavre where 33 people were killed in August 2016 when a passenger bus packed with more than 70 passengers veered off a dirt road in the district. Clashes on the border with India, especially in the southern plains, like the one in Tilathi, Saptari in July 2016, have become frequent.

Astonishingly nobody claims responsibility over such unnatural deaths. Those responsible for it instead indulge in a game of blames and counter blames, to ultimately overshadow the seriousness of the matter and thereby no effort is made whatsoever by any side to avoid it in future. Hence, the cycle of death of innocent Nepalis continues with rampant impunity.

And above all, the state that holds the authority to bring those responsible to justice ends its duty by expressing sorrow over the incident, making commitments to take stringent action, and provided there is widespread backlash, announce the dead as martyrs and pay compensation of one million rupees (in the current government rate). Forget about Nepalis being killed by their fellow citizens, a Nepali national shot dead in Nepali territory by an Indian security personnel brought about the same routine reaction—the government expressed ‘shock’ over the incident, declared Govinda Gautam a martyr along with a compensation of Rs. 10 lakh to the bereaved family. Job done, the state will get on with its regular business.

In fact, a mere responsible act of any of the actors involved in the circumstances leading to the untimely demise of precious Nepali lives could have avoided parents being bereaved of their children, children from being orphaned and women/men from being widowed, and above all humans dying unjustified, untimely and unnatural deaths.

More accountability and responsiveness towards their voters on part of the CPN-UML and the United Madhesi Democratic Front or UDMF could have avoided the Saptari incident. Even in absence of that, better and reasonable policing on part of Nepal Police and Armed Police Force could have avoided the deaths. Stringent monitoring on part of transport authorities could easily stop people from falling victim to unruly drivers, dilapidated roads and greedy transport entrepreneurs.

And, had Nepal stood up to India whenever the SSB personnel repeatedly committed atrocities on Nepali citizens in and around the border area, the Kanchanpur incident would probably not have taken place.

But, none of these minor but life-saving efforts have been made in the past nor would it be taken in the future because all those who die in such incidents are ordinary Nepali citizens. None of the dead were high-ranking politicians or their next of kin, nor were they from elite section of the society, nor wealthy businesspersons, distinguished personalities or senior government officials.

Of course, these are the people in the ground that elect the leaders, work for the elites, buy goods and services from the businessperson and serve as means for survival (livelihood) of the civil servants. But their life is nothing worth more than that and hence their death does not affect them at all, also because their proportion in the population is significantly higher and there will be no dearth of people who will continue to lay down their lives in politically orchestrated violent clashes, in businessman-made road accidents and in trying to defend the Nepali border against big brother India. RSS