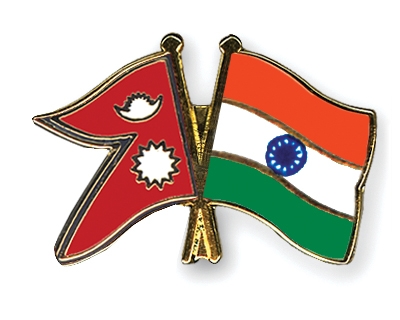 Kathmandu: Already wounded by the April 25 deadly earthquake and the subsequent aftershocks, Nepal is once again reeling under a grave crisis due to its ‘most trusted’ neighbour’s blockade for nearly two months now. The severe blow of the unofficial economic embargo imposed from Nepal’s nearest neighbour has already led to a humanitarian crisis due to acute shortage of daily essentials including medicines in the landlocked nation.

Hospitals have already run out of medicines and blood pouch for emergency services while some hospitals in the capital city have even reduced surgery services. For shortage of fuels, life in the cities is thrown out of gear with the city dwellers unable to cook two meals a day. The people across the country could not celebrate this year’s Dashain, Tihar and Chhath festivals with much enthusiasm too or there was no festive vibe among the country people.

The international community, the United Nations Secretary General, EU and other organizations working in humanitarian sector have called on India to lift the obstructions of essential supplies i.e blockade and respect Nepal’s right of free transit. They have also expressed fear that the acute shortages in gasoline supplies would impede essential supplies to earthquake-affected region with winter knocking the door early this year in Nepal.

Similarly, in his address to the nation just after the Tihar festival, Prime Minister KP Sharma Oli strongly urged India to immediately lift the blockade and asked the neighbouring country to honour Nepal’s territorial integrity, national sovereignty and independence.

Despite repeated pleas of Nepal, international communities and different section of people from within India itself; the world’s largest democracy is too reluctant to ease the supplies of commodities and continues to mock the internationally agreed principles including the United Nations charter, essence of SAARC, fundamental principles of GATT and most importantly humanity. Because, imposing a blockade against a sovereign neighbouring country for promulgating a constitution through the Constituent Assembly (CA) is beyond imagination and India’s deaf ear to the public voices has taken many people by surprise.

Furthermore, by imposing the economic embargo on Nepal, India too has breached Article 51 of its own constitution that states to maintain just and honourable relations between nations, respect international law and treaty obligations.

Why India chose such a risky step?

Predicting the unpredictable is the toughest job be it diplomacy or anything else. Exactly the same happened in case of the current Nepal-India ties. Despite India had imposed blockades on Nepal twice in 1970 and 1989, none in Nepal even imagined that our age-old friendly neighbour would once again take such a severe step. But, analysts argue that the Indian establishment faction was unhappy with the 16-point deal made by three major political forces in Nepal to promulgate the constitution and felt humiliated for not sensing any stake in the agreement. However, there were clear clue of unofficial blockade from India when India’s external affairs ministry released a statement on September 25 reading, “We have seen reports of obstructions at various entry-exit points at the India-Nepal border. The reported obstructions are due to unrest, protests and demonstrations on the Nepalese side, by sections of their population,”

The politicians and intellectuals assuming that India wants Nepal a Hindu nation in the new constitution is also sizable. Furthermore, equally stronger perception existing in the political and diplomatic domains is that India’s greed for Nepal’s natural resources, mostly the water resources, is excessively high. But, both the wishes of India are not going to be met from Nepal’s new constitution and our federal setups and India took such an unexpected step to further pile pressure on the politicians in Nepal.

However, civil society leader and activist Tula Narayan Shah observes that India imposed a blockade due to our politicians’ failure to meet the commitments that they made with Indian Prime Minister Narendra Modi to accommodate all sides in the constitution making process. He is of the view that India used its strength as this is all about power game and power struggle.

The best and easiest solution to this problem is to restore the supplies of commodities from India. But, India is not going to do this easily; it needs a face-saving tool as it has already fallen into a diplomatic labyrinth. So, Nepal needs to calm down the agitating Madhesi parties by meeting their genuine concerns, particularly slight revision in the boundary of the states. Similarly, Nepal should internationalise the issue and knock on the doors of the agencies concerned for its attempt to lift the blockade. Side by side, continued diplomatic dealings with the southern neighbour is also warranted.

But, no matter when and how this impasse is coming to an end, people across the globe would certainly raise a point about this shameless move by India against its immediate neighbour, and the largest democracy in the world today must have a response to it, and a logical one it must be. RSS