How many struggles to wage? How much is too much in Nepali politics? 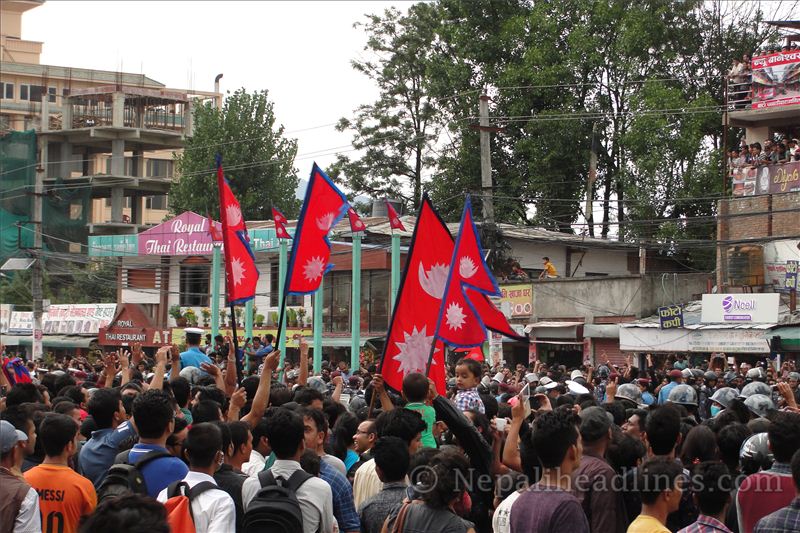 A week back, Nepal marked the National Democracy Day. Falgun 7 as per Nepali calendar is marked every year memorizing the historic event that Nepalis got freedom from autocratic Rana regime.

Similarly, four weeks back, Nepal observed the Martyrs week. The Democracy Day is reminded for downfall of Ranarchy, while the Martyrs week is marked reminding the contribution of those who played significant role to topple the Ranarchy and the party-less panchayat system as well. The panchayat system was imposed by king Mahendra following a coup that sent the first people’s elected Prime Minister BP Koirala and his team to jail.
Despite the avenue opened up for broader freedoms as of expression and association with the fall of Rana regime and tremendous hope that democracy would be institutionalized with the 2015BS election leading to the formation of BP Koirala’s government, the royal coup of 2017BS dampened people’s aspiration for freedom and led to the imposition of direct rule of the kings. After Mahendra, his son Birendra continued the party-less system but faced tough days. Since 2017BS, Nepal witnessed vicious cycle of struggles for democracy- the tussle between the kings and political parties. It was the struggle of power sharing and seizing between the king and the political leaders. The democracy people got through people’s movement of 2046 BS was regarded as the restoration of democracy.

Nepalis are destined to wage various political struggles for democracy, that is to say, for freedom and rights. Till now, the struggle is continuous- the political parties dissatisfied with some provisions in the constitution (it is the most acclaimed supreme law of the land) are threatening of struggle and agitation. They are claiming that supreme law of the land- constitution- achieved through tremendous efforts was lacking ample rights.

While mentioning the struggle for rights, Nepal till now has seen various tantras (systems)- rajtantra, prajatantra, loktantra and ganatantra. The journey from monarchy to democracy and to loktantra (full fledged democracy?) and republic is yet to be over- over to think of other than the stir and agitation in the name of rights.

But the time has now come to ponder who failed to flail these systems. Who are those having direct roles to weaken democracy? Who are those to defect the hard-earned loktantra and republic thereby creating space for further struggles and stir? Are their invisible hands guiding this mess?

This situation in the country is observed as turmoil by a noted journalist Hasta Gurung who argues that Nepal is facing a critical battle of trantras- rajtantra, prajatantra, ganatantra and loktantra. Mr Gurung decries the loktantra saying that the republic ones have termed the government/rule of ethnic and regional communities as the loktantra. It is the most threatening form of tantra, he warns.

The most astonishing fact is that the second people’s movement of 2006 which was culminated with a 19-day movement with a decade of armed insurgency in the background has been shadowed now in the sense that the advocacy of rights this movement waged are now insufficient. What a fate Nepalis have to struggle in every decade to enjoy full rights! Amazingly, what’s the level of democracy, of loktantra, of republic soothe us? Since 2007BS, Nepal has no despot either.

Generations of Nepalis are brainwashed in the name of rights, in the name of struggle in this small country. But the implementation of the laws and constitutions was/is quite bleak. It has resulted in marauding party interests on any issue ranging from minor appointment to national interests. Constitution is not panacea, nor any trantra and system- the federalism to example now. Both the constitution and federalism can be bolstered by practice. Without implementing these, there are not mature. And without maturing the system and the law, the struggle against these is meaningless and counterproductive.

Taking advantage of the fluid and unorganized situation, the political parties and leaders have become the butt of attack and satire– Ranarchy, monarchy and anarchy? Isn’t it a severe blow to our political parties?

Now, though late, though lackadaisical, the government has announced the date of local elections. It must be celebrated, for it leads to a political development. In a democratic country, those denying elections cannot be considered progressive. Election is not a mere victory of any political leader/party but it is also punishment to bad politics, the politics that does not heed people’s need and country’s priorities. All political parties who believe in democracy need to involve in elections. For this, certain give and take is essential. Only consensus, collaboration and cooperation among the main actors- the political parties- can lead to univocal stand for change that institutionalizes the achievements made so far. The parties must understand that people have been tired of struggling for a system called for rights. If the local election eludes this time, Nepal’s democracy will turn into party-o-cracy! RSS