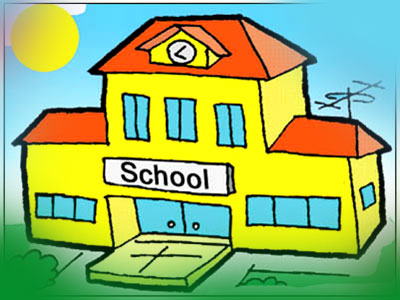 University education plays a great role in the development of a country. However, this realisation has not come upon developing countries like Nepal. For more than two decades, Nepal has been working to uplift its educational standard by providing quality higher education, but there are many hurdles on the way. The state too has not been paying adequate attention to the dissemination of university education through various modes at different locations. The number of universities in the country has increased, but the standard of education being offered is often neglected. Hence, the governmental practice of boosting the quantity of universities without ensuring their quality does not seem to be practical.

It has been almost six decades since the first university in the country, Tribhuvan University (TU), was established in 1959. In the early 1980s, the government developed the concept of a multi-university system for the country. Consequently, the single authority of TU was broken in 1986 with the establishment of Mahendra Sanskrit University, now Nepal Sanskrit University. As of now, there are 10 universities in Nepal, the latest being Open University. Apart from them, there are four health institutions equal in status to a university.

Five new universities located across the country are in line to be approved by the government—Rajarshi Janak, Nepalgunj, Birgunj, Khwopa and Madan Bhandari.

As part of the government’s commitment to set up at least one university in each proposed province, Rajarshi Janak will be the first varsity in Province 2. Meanwhile, the existing universities are facing problems ranging from budget crunch, decline in student numbers and poor infrastructure to unsellable degrees. About 85 percent of the 500,000 university students in the country are enrolled in TU, according to last year’s report of the University Grants Commission. TU itself has been struggling to manage pensions and retirement funds for its staff. It is being criticised for having an old-fashioned pedagogy and examination system.

Similarly, Lumbini Buddhist University is trying hard to maintain a student pool of 300 students. Student numbers have been falling at Nepal Sanskrit University while three newly established universities—Mid-Western, Far Western and Agriculture and Forestry—are facing operational problems. Purbanchal, Pokhara and Kathmandu universities have also been encountering different issues such as student admission, affiliation and examination. There is political influence and administrative malfunction at all the universities in the country. TU and Kathmandu University are likely to systematise their medical education. It can be said clearly that new universities have not done enough to attract students. Provinces 1, 5, 6 and 7 have one university each while Provinces 3 and 4 have four and two varsities respectively.

Why go to university?

University education in Nepal often faces challenges of quantity, quality, equity, productivity and relevance. The issue of quantity-quality nexus is yet to be addressed. Maintaining a fixed academic calendar, research-based curriculum and proper distribution of demanding academic programmes are still troubling the country’s major universities. They tend to meet the requirements of the present generation and enable their students to compete in the global context. Nepal’s universities have encountered demands for multidimensional education. They need to keep their personal, social, economic, cultural, historical and moral ethos intact. Public expectations about access to higher education directly concern the role that universities can play in innovation and sustainable development. The answer to the question “Why go to university?” is to gain economic betterment and a better living standard.

integration are the other questions confronting higher education in Nepal. Having transformative education is a burning issue at the university level. Universities in Nepal are not free from political and regional interests, whether in executive-level appointments or in their expansion. Teachers at the university level are less motivated to do research. They lack knowledge on research, training and international exposure. Technological advancement at universities is highly desired for quality education. Salaries, financial rewards and benefits for the faculty are also things of concern.

Stress has to be laid on improving the quality of education at every stage so that a proper foundation can be established for advanced studies in science, engineering, agriculture and other areas that are closely allied to national economic development and reconstruction. Planners should design a multidimensional, flexible and dynamic education system, which will bring out the best in students as per their ability and aptitude and is responsive to their economic, social, political and cultural needs.

The existing universities first need to be well equipped and managed before issuing permits to new ones left and right. Quality education is desirable to quantity. Henceforth, the establishment and expansion of universities will have to follow the spirit of federal education. The government needs to do adequate homework before opening new universities in the country. The views of experts, students and stakeholders should be sought before launching new programmes at all levels. Universities have to be made free from political influence by creating a fair learning atmosphere. A variety of courses suitable for every individual is suggested. In order to assure quality and control quantity, an umbrella act for higher education has to be brought soon.