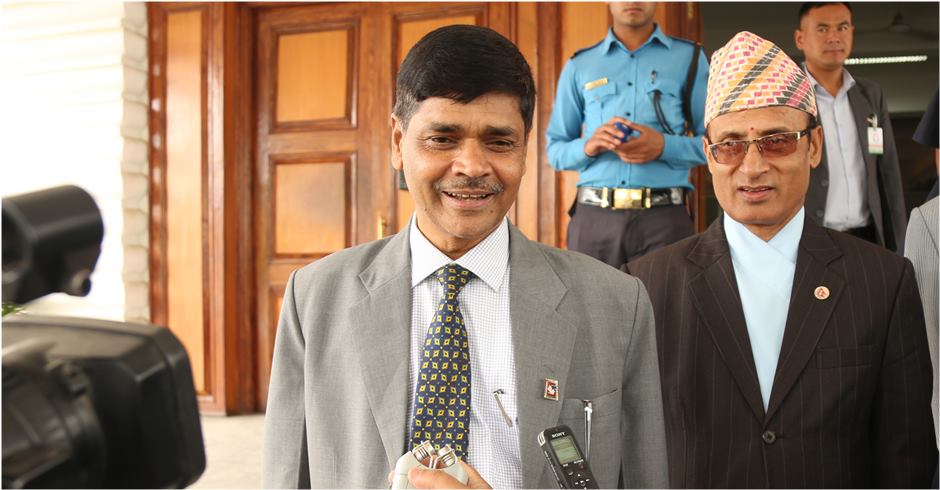 Kathmandu: Chief Election Commissioner Dr Ayodhi Prasad Yadav has expressed the determination to bring significant reforms in the management of upcoming elections based on the lessons of the two phases of local level elections held recently.

He also emphasized on the need for the political parties and candidates to remain alert and conscious of adhering to the election code of conduct so as to bring improvement in the election process.

CEC Dr Yadav talked to RSS Correspondent Narayan Prasad Neupane about the recently concluded local level elections and various issues related to it including the delay in vote counting and the enforcement of the election code of conduct. Excerpts of the interview are as follows:

Q. The first and second phase of local level elections have concluded, what is the overall assessment and evaluation of the EC about it?
The managerial task of the Commission has been successful, participation of the voters remained encouraging while support of political parties and candidates was equally notable. The credit of free and fair elections however goes to the voters. The second phase of the local level elections has been the most successful elections so far. As this election stands as a memorable one in history, EC takes this as one that has been successfully managed.

Q. What were the challenges to hold elections during a monsoon?
Of course, the Commission faced difficulties at times due to the weather. We had hoped for favourable natural environment if the elections were held in a single phase on May 14. But then the elections were postponed to June 14 in course of managing the required political atmosphere for it, which put us in a very difficult situation. However, thanks to the support from all, 74 per cent of voting was registered even in the election held during the monsoon. Voters came with their umbrellas while the polling centres had to be covered with tents. Voting however had to be withheld for few hours in some places. The utter desire for elections among the political parties, candidates and voters, their patience and goodwill helped conclude the elections successfully.

Q. How did you find the role of the political parties, the major stakeholders of the election?
Yes, the political parties are the major stakeholders among various kinds of stakeholders in an election. And support from all including the parties, the candidates, civil society, media, observers, intellectuals, former commissioners, the international community and others concerned was very good. It was because of the support of all that Nepal has been able to present an example of good local level elections before the international community.

Q. What’s the take of EC on media houses’ roles played during the elections?
The mass media extended a huge support to create environment conducive for the local level polls. All news contents about elections have been disseminated with high priority. The EC has assessed the support received from the media with due respect. In a nutshell, the role of mass media by realizing the responsibility to the nation and citizens remained very positive for making the polls a success.

Q. How are the media found to have paid attention to the social aspects?
The media has a crucial role towards social responsibility. The fear of political parties, candidates and civil personnel towards media is linked to the social responsibility. Election is a phenomenon of social science and the media has a serious role to awaken society.
The Press Council of Nepal was given the responsibility to carry out the task of media monitoring during the elections. Journalists should write contents to support people’s desires to implement democracy, federalism, secularism and republicanism. The constitution has given full-fledged rights for the same.

Q. Could you recall the most remarkable and striking issues of the first and second phase of the local level polls?
I turned emotional and excited when I saw a long queue of voters after I set out for Mahendra Adarsha Voting Centre, Lalitpur, from my residence in the first phase of the polls. Participation of voters and their excitement is the greatest achievement in terms of elections.
Voters’ patience and excitement and the huge turnout in the polls have made a huge contribution to democracy, federalism and republicanism. Now, proportional representation and inclusion envisioned by the constitution have been ensured.

Q. Are there any other contents that the EC wanted but were short of implementation?
The lessons learnt in the first phase of the polls were implemented in the second phase. The learning and experiences of the second phase should be implemented in the upcoming elections. Accelerating the vote counts process, management of sufficient human resource and stress on voters’ education would be prioritized and given continuity in the future elections. RSS