Clash between protestors and police in Janakpurdham 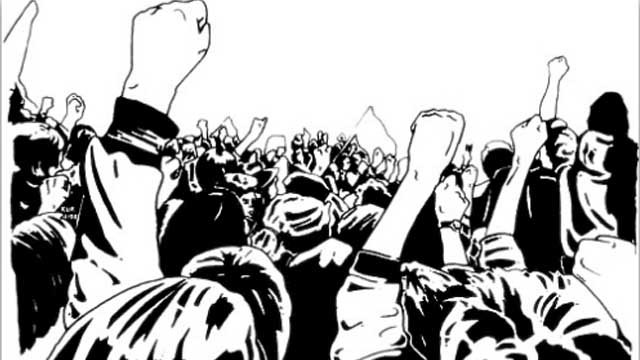 People’s feedback collection over the preliminary draft of the new constitution has been disrupted in Janakpurdham after tension ran high following clash between those protesting the draft of new constitution and police.

A total of 15 people including CPN-Maoist leader Roshan Janakpuri, Renu Yadav and leader of Madhesi party Shesh Narayan Yadav were injured in the clash. They are undergoing treatment at different hospitals.

The incident took place after the people protesting against the draft constitution pelted stones at police prompting the latter to respond with minor force.

Meanwhile, all industry and business in Janakpur have been affected today due to the two-day banda (shut down) called by the Madhesi Rights Struggle Committee.

Similarly, feedback collection task in Dhanushadham, Therakachari and Aurahi has also been affected due to similar clashes, it is learnt. RSS