Death tolls from floods, landslide in Vietnam surges to 60 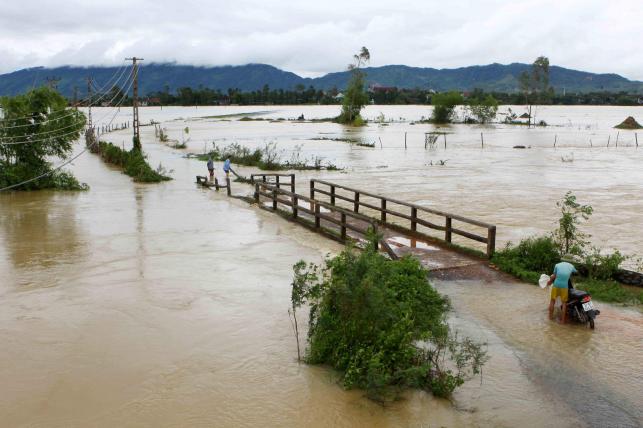 15 Oct, Hanoi: Landslides and floods caused by torrential rain this week in Vietnam’s northern and central regions have killed 60, left 37 missing and injured 31 others, the country’s Central Steering Committee for Natural Disaster Prevention and Control said on Sunday.

By Friday morning, 11 bodies had been recovered after a landslide buried 18 in Hoa Binh’s Tan Lac district on Thursday morning, and the body of a man reporter of Vietnam News Agency, who was swept away by a flood when filming it in northern Yen Bai province on Wednesday, had also been found.

The 37 missing are from Hoa Binh, Thanh Hoa, Nghe An, and the two northern provinces of Son La and Yen Bai. The landslides and floods destroyed or inundated roughly 40,200 houses, broke or damaged some small dikes in Hanoi capital, Thanh Hoa and three northern provinces of Ha Nam, Nam Dinh and Thai Binh, killed or swept away nearly 204,200 cattle and poultry.

In the first nine months of this year, natural disasters in Vietnam killed or left missing 169 people, injured 232 others, damaged 236,800 houses, causing property losses of over 21.5 trillion Vietnamese dong (952 million U.S. dollars), according to the country’s General Statistics Office. Xinhua