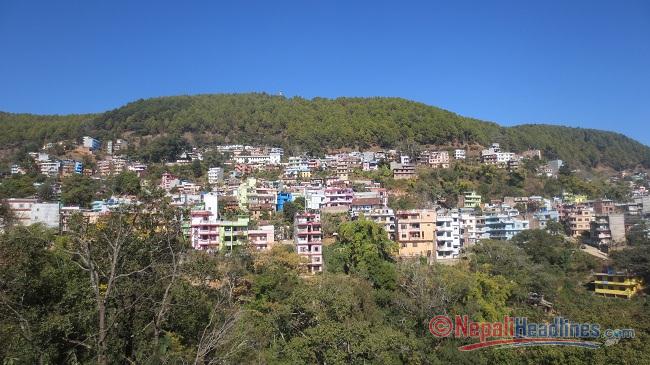 7 Sept, Palpa: The Ribdikot Durbar area, a place of historical importance at Kusumkhola VDC-7 in the district, is in a state of utter neglect.

The remnant of a palace belonging to the Sen dynasty rulers believed to have been constructed by the first king of this dynasty, Dharma Pal Sen, in 1429, is located here. Therefore, the place is significant from the historical and archaeological point of view.

However, the place has not received the due attention of the State and the people as well towards its preservation. It is also in the backburner due to lack of publicity. This is also the birthplace of Mani Mukunda Sen, a famous king of the Sen dynasty.

Moreover, this area which is located at an altitude of 1893 metres from the mean sea level has the potential to be developed into a major touristic destination.

One can enjoy a panoramic view of the Himalayan range including peaks as Dhawalagiri, Machhapuchchhre and Lamjung on the north and the Tarai plains including parts of Uttar Pradesh, India as far as the eye can reach.

The place also has religious importance as it houses the Jaleshwar Mahadev temple. The place on a hill is surrounded by forest. But it lacks road access. RSS