Historical win for Nepal in U19 Cricket 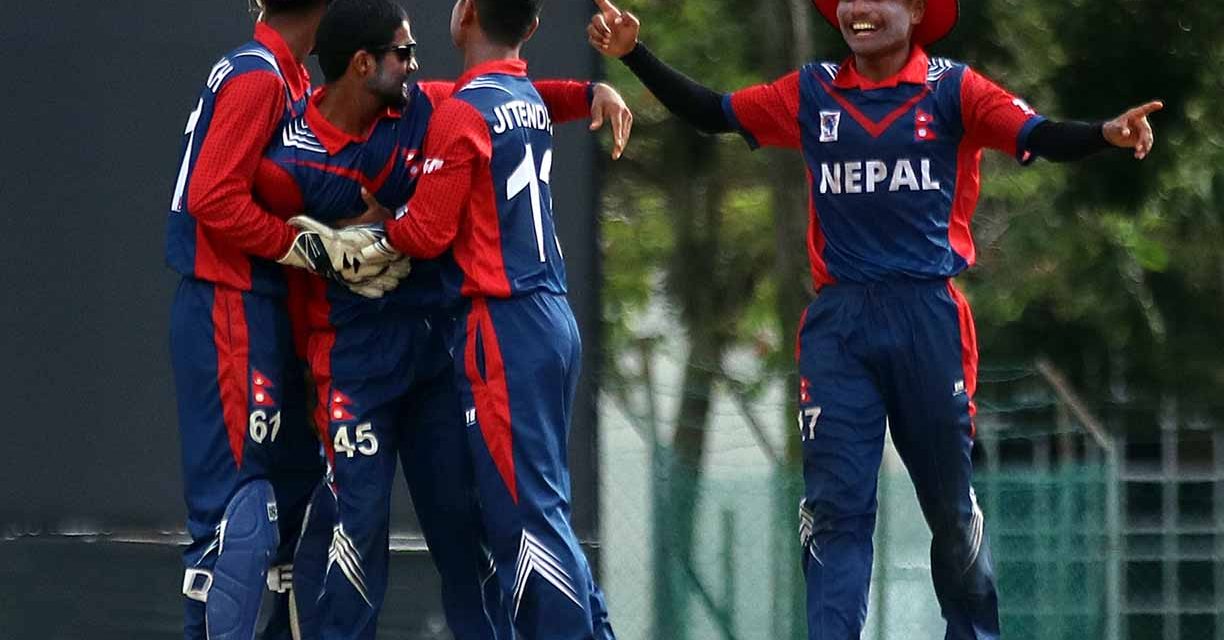 Kathmandu: Nepal made history in cricket today by beating cricketing giant India in the ACC U-19 Asia cup underway in Malaysia.

In the match held earlier today at the Bayuemas Oval, a cricket stadium at Pandamaran, Klang, Malaysia, Nepal registered its first ever victory over India in any category of the sport of cricket, by beating its U-19 team by 19 runs.

Put into bat by India, Nepali batsmen put up a fighting total of 185 runs at the loss of 8 wickets in the stipulated 50 overs. Nepali captain Dipendra Singh Airee top-scored with 88 runs in 101 balls, including 6 fours and 2 sixes. Opening batsman Jitendra Singh contributed 36 runs followed by Bhim Sarki who scored 15 runs.

For Nepal, captain Airee was the pick of the bowlers who took four wickets while Pawan Sarraf and Sahab Alem took two each. Likewise, Sadip Lamichhane and Kamal Singh Airee took one each.

Nepal now faces host Malaysia in its final group match to be held on Tuesday. Earlier on Saturday, Nepal lost to Bangladesh by 2 wickets, in a match that was decided in Duckworth-Lewis method after it was interrupted by rain.