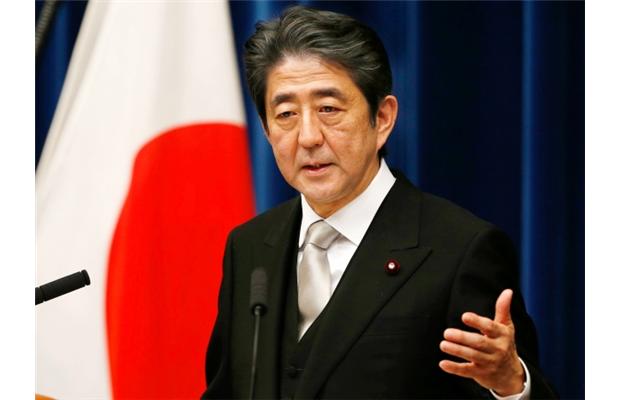 “I’m confident that debate on amending the constitution will be able to advance,” he told the newly formed parliament.However, in his Friday policy speech, he steered clear of giving any timeframe and has previously said he will move cautiously on the divisive issue.

Nationalists like Abe say the constitution is a humiliating relic imposed by US occupiers after Japan’s defeat in World War II. Abe wants to change the wording of the document to affirm Japan’s right to have a full-fledged military.The country’s well-equipped and well-trained armed forces are technically known as the “Self-Defense Forces”, and do not have the right to an aggressive strike.

The premier said he would keep the constitutional clause that prevents Japan from waging an offensive war.Many Japanese feel a strong attachment to the constitution’s peaceful ideals and changing it sits close to the bottom of their to-do list.

However, North Korea’s recent firing of missiles over the country has focused minds on security. Any tentative move towards revamping the constitution could trigger alarm bells in China and the Koreas given Japan’s history of military aggression in the region. AFP