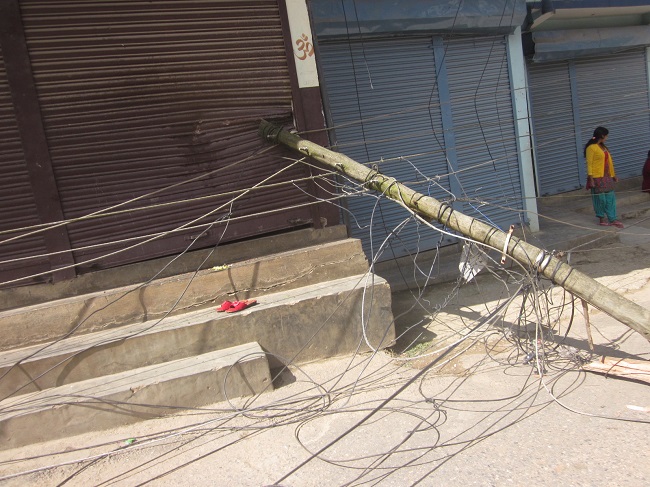 6 May, Kathmandu: The Kathmandu Metropolitan City (KMC) has started management of the wires and cables set up along the electric poles as part of its drive to control pollution.

The unmanaged wires that dangle and hang down from the poles have been taken care of at Tripureshwor, Kamaladi and Kamal Pokhari, KMC’s Environment Management Department Chief, Rabinman Shrestha said. The KMC has collected 15 truckloads of unmanaged wires and cables, and kept them at Teku.

The KMC started the campaign as the unmanaged wires in the city have contributed in making the city ugly and posed risk of fire breaking out.

On the heels of the management of wires, KMC has also taken action against internet service providers – Subisu and World Link – for setting up wire networks haphazardly.

They were penalized Rs 20,000 each for unmanaged wire networks. KMC has issued a warning vowing to take action against anyone contributing in making the streets hideous.

The KMC has intensified its drive to make the city cleaner by managing and throwing away unmanaged wires and washing the streets during the night to rid the city of dust. RSS