Mahara arrested from the Speaker’s Residence 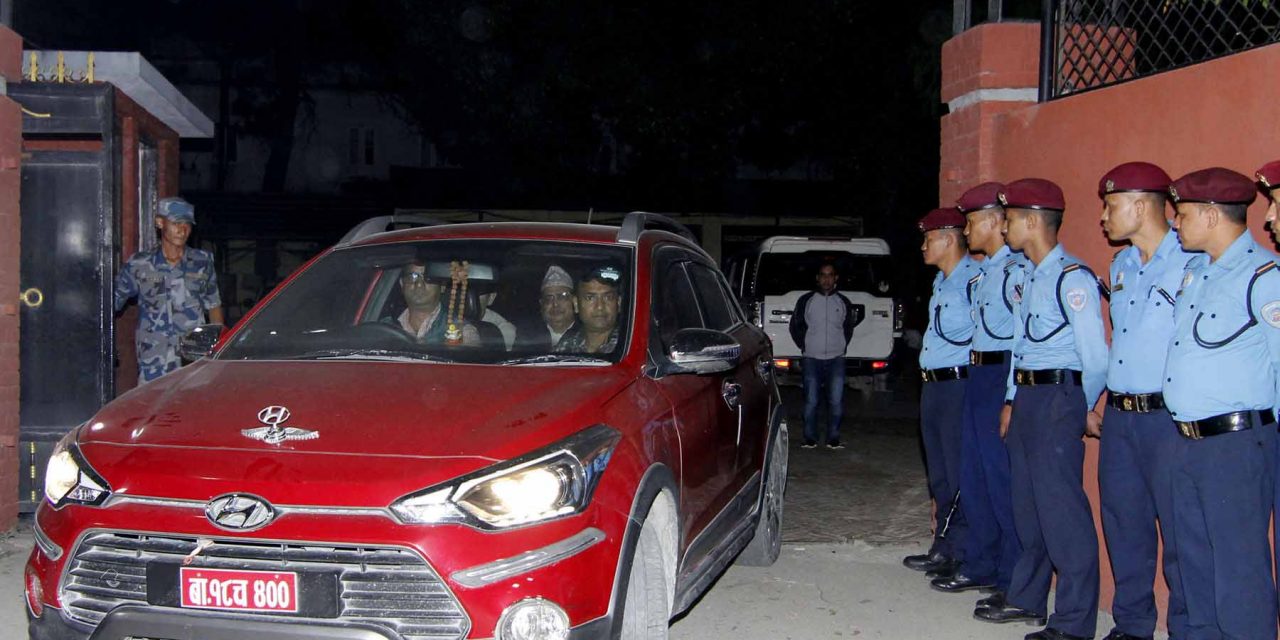 Former Speaker Krishna Bahadur Mahara, who is accused of sexual assault on a woman employee of the Parliament Secretariat, has been arrested.

He said Mahara has been held for investigation after a complaint of sexual assault was filed against him.

The Kathmandu District Court had this afternoon issued permission to arrest the accused Mahara.

Police arrested him soon after District Court judge Brajesh Pyakurel issued the order to this effect.

Speaker Mahara had resigned from his post after the woman in an interview given to an online news portal accused him of sexual harassment to her on September 29. RSS