International Tiger Day: Nepal’s aim to double number of tiger by 2022 on track 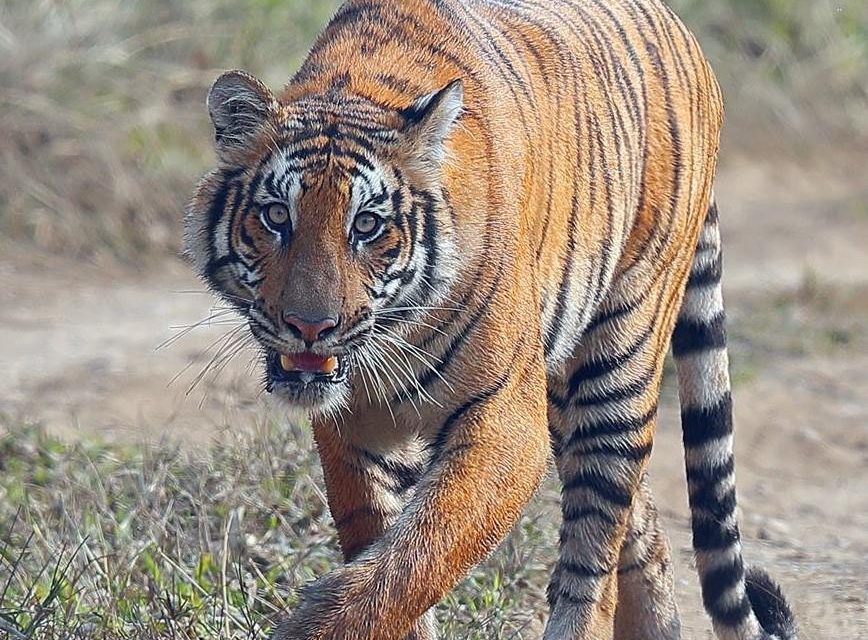 29 July, Ratnagar (Chitwan): Nepal’s aim to double then existing number of tigers by 2022 is in the way of reality as its number has increased to 198 from 120 just within three years since the plan was made. The number of tigers may go higher as the count was carried out in 2013.

Then Prime Minister Madhav Kumar Nepal at the International Conference on Tiger Conversation held in 2010 in Russia had committed to doubling then 120 numbers of tiger in Nepal by 2022.

The Department of National Parks and Wildlife Conservation (DNPWC) estimates that the number of tiger has increased in national parks and reserves.

The aim of doubling the number of tiger will be achieved if things go as it is now, said Nurendra Aryal, assistant conservation officer and information officer at the Chitwan National Park.

The main challenge of protecting the wildcat is, according to experts, to save it from poaching. Other challenges include increasing deforestation, human encroachment of its habitat and haphazard opening of roads among others.

In the face of tigers migrating elsewhere due to climate change, conservation education officer at the DNPWC Bishnu Shrestha said the department should take steps to conserve Chure region.

The increasing conflict between tiger and humans has also made the matter worse. Of late, the trend of tigers straying from their habitat into human settlement is increasing, thus inviting conflict between the animal and humans. Such trend is also threatening the lives of almost five percent of the population of tigers in the Chitwan National Park, said a study carried out by an expert team earlier.

Meanwhile, International Tiger Day, 2017 is being observed across the country today. In Chitwan, various programmes were organised while awareness rallies were taken out. RSS