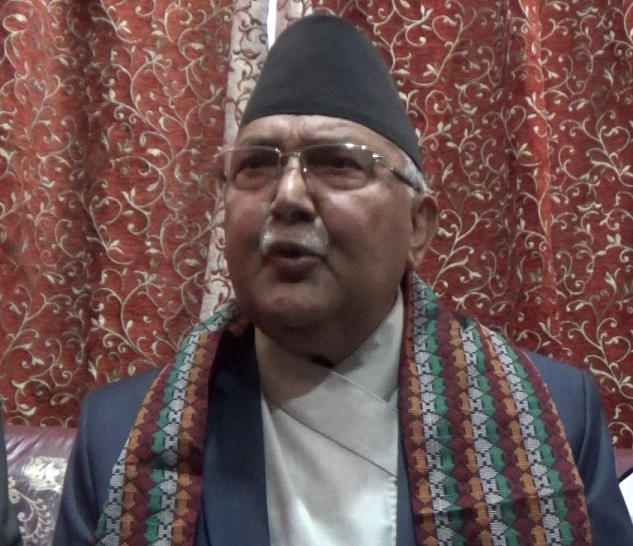 Kathmandu, April 17: Prime Minister KP Sharma Oli has urged different students’ organisations to make the school enrollment campaign a success. At an interaction held at the official residence of the Prime Minister, Baluwatar on Wednesday, Prime Minister Oli urged the student leaders and youths to launch the campaign in every door step.

He clarified that there were no obstacles to youths and students to involve in building a constructive society. “Now, it is not necessary to launch political agitations and struggles in the country. The youths should pay attention in education, health, labour, skill and production for societal reforms, ” he said.

The Prime Minister said that we should use genetic memory of our intellectual ancestors, stressing the need of launching guardians’ awareness campaign for student enrollment campaign. “None of the school-going-age children should be out of the school from this year.”

Saying the government has launched nation-wide school enrollment campaign from April 15 to 29, Minister for Education, Science and Technology, Girirajmani Pokharel, said he looked forward to support of all for the same.

The government has announced to celebrate Baishakh 2 in the Lunar Calendar as the National Enrollment Day every year.RSS